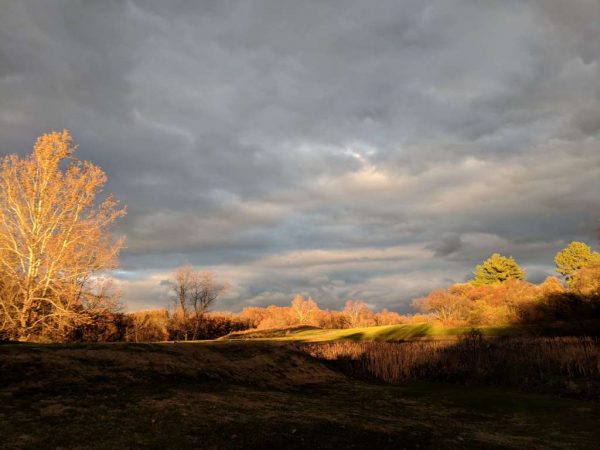 Building unity through service — Helping mankind is at the heart of the teachings of the Bahá’í faith. Find out what a Reston-based community is doing to serve humanity in big and small ways. [Reston Association]

An early warning for Metro riders — Although this year’s Cherry Blossom Festival won’t directly impact the Silver Line, August may be a rough ride. Service will be significantly reduced beginning August 11. [WMATA]

Ebola, a monkey house and a throwback to 1989  — Here’s a blast from the past: a story about when the most dangerous strand of ebola, a silent killer, lurked in Isaac Newton Square. [WETA]

As fear over Ebola spreading in the United States has increased during the last several weeks, researchers Jerry and Nancy Jaax were reminded of another time and place: Reston in October of 1989.

Twenty-five years ago, the husband-and-wife researchers, then working for the United States Medical Research Institute of Infectious Diseases (USAMRIID), were called to Reston, where monkeys in a lab at Isaac Newton Square’s Hazleton Labs had contracted a puzzling deadly disease.

That disease is now called Ebola Reston. The Jaaxs’ contributions were chronicled in the bestselling book, The Hot Zone.

The Jaaxes were part of the team that determined how Ebola Reston was spread (contact with an infected animal), why some humans tested positive but never got sick, how to keep it from spreading and how to effectively disinfect the lab where hundreds of monkeys either died or were euthanized.

Ebola Reston remains the only one of the five forms of the disease that is not fatal to humans. Ebola Zaire is the strain that has killed close to 2,500 persons in West Africa this year.

Jerry Jaax, who is now Kansas State University’s associate vice president for research compliance as well as a university veterinarian, says that the Dallas hospital — and all U.S. hospitals — need to be prepared for all possibilities.

“There was no real excuse for a major hospital not to have some meetings and a team of people to handle this,” he said in a phone interview on Monday. “It was inevitable that someone would walk off a plane and present at a U.S. emergency room. I would think they would at least have had a skeleton plan and basic equipment.”

Here is what else the Jaaxes had to say about Ebola Reston, Ebola in the U.S. and the future of the disease.

Q: Have things changed much in infectious disease since the late 1980s, when Ebola Reston was discovered?

Jerry Jaax: Yes and no. When the outbreak was discovered in Reston, there were only two kinds of Ebola. Zaire (the type that is affecting Africa now) and Sudan, which has a very high mortality rate. When we were called to Reston, Ebola had never been reported in monkeys.

When you look at all the angst in this county now, back then only 1 out of 1,000 people had ever even head of Ebola. There wasn’t this tremendous response. There wasn’t the media coverage, which has really ratcheted up the fear.

In retrospect, it made what we were doing a lot easier. We were able to do our thing in relative anonymity. We absolutely were not ready for anything to happen. We really had to cobble together a response in a short period of time. We had to go down [to Reston] and not get people sick.
END_OF_DOCUMENT_TOKEN_TO_BE_REPLACED

The man who was diagnosed with Ebola at a Dallas-area hospital this week traveled through Dulles International Airport on his way back from Liberia, officials said.

The Metropolitan Washington Airports Authority said late Wednesday that the Centers for Disease Control has assured them that the man was not ill during his flight on Sept. 20 so there is no chance of transmission.

“The ill person did not exhibit symptoms of Ebola during the flights from West Africa and the CDC does not recommend that people on the same commercial airline flights undergo monitoring, as Ebola is contagious only if the person is experiencing active symptoms,” MWAA said in a statement.

The CDC said in a statement there is  “zero risk of transmission on any flight on which the patient flew because he was not symptomatic until several days after his trip and could not have been contagious on the dates he traveled.”

The CDC added that while they feel it is unnecessary “for it or the airline to contact others who were on the patient’s flights, United is providing information about the flights United believes the patient took, based on information provided by the CDC. We are ensuring our employees have this information and suggest that any customers who have concerns contact the experts at the CDC for further information.”

A Texas television station says the man spent three hours on the ground at Dulles. The planes in which he traveled have since flown to 27 cities, reports ABC 13 Houston.

The man, identified by the Associated Press as Thomas Eric Duncan, remains hospitalized in Dallas. Family members, including children, he came in contact with since showing symptoms late last week, are under a 21-day quarantine.

Ebola has killed more than 2,900 people since the outbreak began in March, according to the CDC..

Meanwhile, Reston has been mentioned in many reports this week as a place where Ebola was previously found in the United States. That infection, which began in monkeys imported from the Philippines to a Reston lab in 1989, was transmitted through the air.

While hundreds of monkeys either contracted or were exposed  to what is now called Ebola Reston, one of five strains of the deadly disease, Ebola Reston did not infect humans.

Read more about Ebola Reston in this Reston Now article. 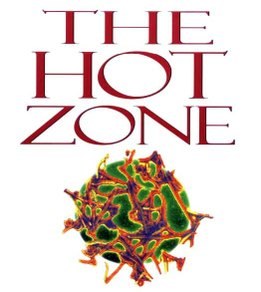 The current Ebola outbreak in Africa has returned Reston to the literary map.

Richard Preston’s 1994 book The Hot Zone is No. 8 this week on the The New York Times’ nonfiction list of combined print and e-book best sellers.

The Hot Zone chronicles the strain of Ebola that was found in a Reston laboratory nearly 25 years ago.

Reston was the site of the only Ebola outbreak on U.S. soil. In 1989,  test monkeys from the Philippines housed at the former Hazelton Laboratories at Isaac Newton Square were discovered to have the virus after dozens of animal at the lab began dropping dead.

The United States Medical Research Institute of Infectious Diseases (USAMRIID) was called in to investigate, and Ebola Reston, as it came to be called, was found to be a strain of the virus that is spread through the air but did not affect humans.

Hundreds of monkeys were euthanized and the lab was eventually torn down. Kindercare now sits in its place.

Stephen King, the master of the horror novel, has called The Hot Zone “one of the most horrifying things” that he had ever read.

The World Heath Organization reports more than 1,300 people have died from the latest outbreak, which has been reported in Nigeria, Guinea, Sierra Leone and Liberia