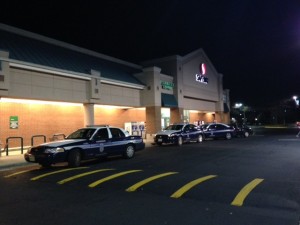 Three bank robberies in Reston in the last month have made some residents a little on edge.

One reader wrote to Reston Now yesterday saying this:

I’d originally planned on renting in Reston before moving to Virginia, but the posts on this page have more than changed my mind. I have to wonder if you’re aware of the perception outsiders have, looking in at Reston. From my view, based on this page, Reston is losing business, experiencing all types of crime, and has little if any highlights aside from the natural scenery.

For instance, FCPD’s Reston Station reported 654 assault incidents in 2013 (the most recent full year for which stats are available). That’s down from 765 in 2012, and the second lowest number of assaults among FCPD’s eight districts.

Reston’s relatively low crime rate, along with access to good jobs and schools, were among the criteria that earned it a spot in Money Magazine’s 2014 Top 10 Best Places to Live.

That is not to say Reston is crime-free. Other stats:

There were two homicides in the Reston District in 2013, the same as in 2012. In both 2013 cases, they were domestic in nature and not random crime.

Do you feel Reston is a safe place to live? Are you concerned about crime? Take our poll.