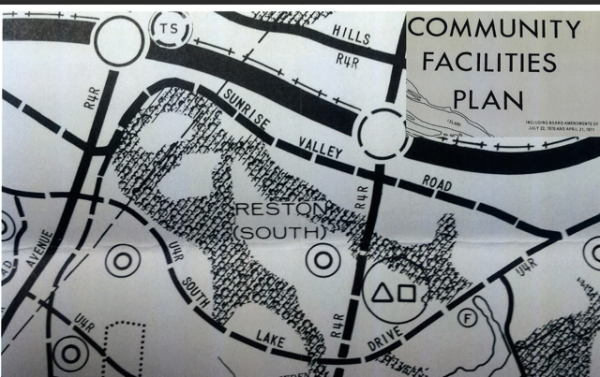 Two groups leading the fight against development at Reston National Golf Course say 1971 development designations will be on their side when the Fairfax County Board of Zoning Appeals considers the case next week.

The BZA will consider the appeal of RN Golf, the owners of the 166-acre public course, at a hearing on Jan. 21 at 9 a.m. at the Fairfax County Government Center.

RN Golf, a subsidiary of Northwestern Mutual Insurance, first asked the county in 2012 whether the course was considered residential. The county said it is designated permanent, open recreational space, and to change the designation would require a change to the Reston Master Plan.

RN Golf is appealing that decision, though the company postponed the hearing several times since 2012. However, the case will now be heard — and there is additional solid historical information than there was nearly three years ago.

Attorneys for Reston Association and grassroots advocacy group Rescue Reston have since located the 1971 documents that clarify the land use of the course at Colts Neck and Sunrise Valley Drives.

Randall T. Greehan, attorney for Rescue Reston, says in the letter to the BZA that the land use was approved in three rezoning applications in 1971 and is designated as “South Golf Course/PermanentOpen Space.”

Greehan points out that the original documents show future residential uses surrounding the golf course but not on the golf course. Those clusters, such as Indian Ridge and Golf Course Square, were built later in the 1970s.

“Because the three legislatively approved development plans do not show residential uses on the golf course property, amendments to them would be required before any residential use would be allowed there,’ Greehan writes. “The zoning ordinance in effect at the time of all three of these 1971 approvals required that all three RPC zoning applications ‘be in accordance with the comprehensive plan.’ ”

Greehan says RN Golf’s stance that “the subject property was originally and now continues to be zoned for residential uses under the PRC” and that the golf course property can be used for any residential use is incorrect.

“In 1971, property in PRC was sub-classified as residential, convenience center, village center, town center or convention center,” Greehan said. “However, PRC said only uses designated on the map could be used. golf course clearly planned as open space and golf course.

RN Golf has said that a zoning official’s 1993 opinion is evidence the land could be residential.

Greehan got in touch with Melinda Artman, the former zoning official, who said “my March 30, 1993 letter is simply a zoning compliance letter confirming that use of a golf course on the property was legal under PRC district regulations. My letter was in no way intended to imply that any use other than the golf course was allowed on the property.”

RA attorney John McBride makes several of the same points in his letter to the county.

“Reston Association is an aggrieved party in this appeal,” he writes. “Unplanned redevelopment of of the RNGC land to uses other than shown in the comprehensive land use plan will have significant adverse impacts on Reston Association — its mission, programs, financial position and maintenance obligations. … Redevelopment of the golf course would have significant detrimental consequences to [golf course neighbors] and their real estate.”

McBride also said that RN Golf purchased a golf course that had always been a golf course. The historical implication: it’s always going to be a golf course — unless the owners want to go through the rezoning process, from which RN Golf claims it should be exempt.

“RN Golf purchased the course on April 5, 2005, 43 years after it was first planned for recreation and open space, and 34 years after property was zoned for and used as a golf course,” he wrote. “The Zoning Admin ruling should come as no surprise to the golf course owner. If the appellant intends to change the longstanding planned and zoned use of the golf course land, there is a well established process to do so.”

Meanwhile, in the current Reston Master Plan Phase 2 process, there is specific wording that both of Reston’s golf courses shall remain golf courses.