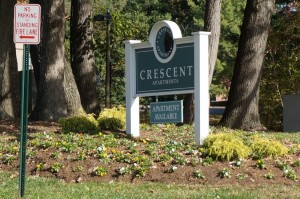 The Fairfax County Planning Commission is set to make a decision Thursday that will move forward the massive redevelopment plan at Crescent Apartment and the surrounding area.

Once the planning commission recommends the plan for approval, it moves on to the Fairfax County Board of Supervisors for final approval. It is slated to be on the Supervisors’ Jan. 27 agenda.

LADP, a division of Republic Land Development, was chosen by the county in the summer of 2013 to redevelop the county’s 16-acre Crescent Apartments site as well as areas adjacent to Lake Anne Plaza’s Historic District.

The project will also have a 1.1-acre central park, an outdoor amphitheater, a bike share station and 12 public art works, according to the staff report.

At the Jan. 8 hearing, a county rep said $100,000 is just 7 percent of what LADP should be offering for recreational amenities.

“It is the staff’s opinion that what LADP is providing enhances the quality [of the area], but does not provide active amenities such as basketball courts or athletic fields,” a county representative said.

Lynne Strobel, the attorney representing LADP at the Jan. 8 hearing, said the developer’s application “is providing significant and costly improvements to Washington Plaza. Those are not unlike parks; they are public areas that serve the community.”

Strobel said the improvements to Washington Plaza total $1.2 million, so an alternative formula for LADP’s contribution should be used. The developers also said new residents would be Reston Association members, so their added yearly assessments would be boosting coffers for recreational amenities in Reston.