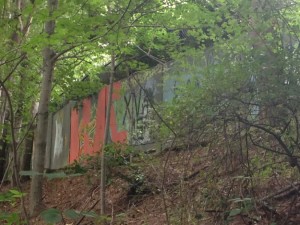 The last two springs, Fairfax County Police listened to residents’ concerns about the dark stretch of path that runs behind Hunters Woods Village Center and is often a site for crime such as assault and drug activity.

Police said at a 2014 community meeting that plans were in the works to improve lighting and that Reston Association — which owns the stretch of path — would pay for it.

At a 2015 meeting, Hunter Mill Supervisor Cathy Hudgins and FCPD Reston Station assistant commander Lance Schiable both addressed concerns about Reston’s overall lack of lighting, even though Reston was planned that way.

“With Metro here now, we have more people walking and riding bikes in Reston, and they want to do it at night,” Hudgins said. “We need to figure out how to make it safer for them. It is very dark here in Reston.”

Reston Association said in 2013 it had set aside $125,000 for the lighting project. It’s more than halfway through 2015, though, and there are no new lights. What happened?

Like many aspects of life in Fairfax County, the costs went up, RA says.

“The actual total cost is closer to $300,000,” Fulkerson told Reston Now in December. “We have not installed pathway lighting in many years, and the original estimate used in building the 2014/2015 Capital Budgets did not account for expenses related to Dominion Power’s engineering and equipment costs, which have increased considerably since the last time the Association installed pathways lighting.”

RA is hoping that Edens, which owns Hunters Woods, will pick up a significant share of the costs. Edens reps did not return messages.

Meanwhile, RA may increase the scope of the project to improve lighting at other areas in need, not just at Hunters Woods, RA spokesman Mike Leone said. RA’s Design Review Board told RA earlier this year it wanted a comprehensive lighting guideline for the whole community.

“We set aside the money in the 2014 budget, but what has happened has become kind of a bigger project,” he said. “When RA started working with Dominion, it got more expensive, based on the police recommendation. But what also started to happen, is we started getting input from Shadowood and other [nearby] condos wanting better lighting in their area.”

Leone said what started as a one stretch of path has now turned into a “urban design guidelines that would include a pedestrian lighting plan for the community.”

Leone says RA will “engage a lighting consultant to help develop that plan, as well as look at the safety of paths and the issue of light pollution while engaging the community in the process.”

He said it is a multiyear project and the costs are not yet known.

“Once that lighting design plan is developed by a consultant, then would go to RA board and the Design Review Board to develop a comprehensive lighting plan for the whole community,” Leone said.

Leone said RA is still hoping Edens will pay for some of the lighting upgrades near Hunters Woods.