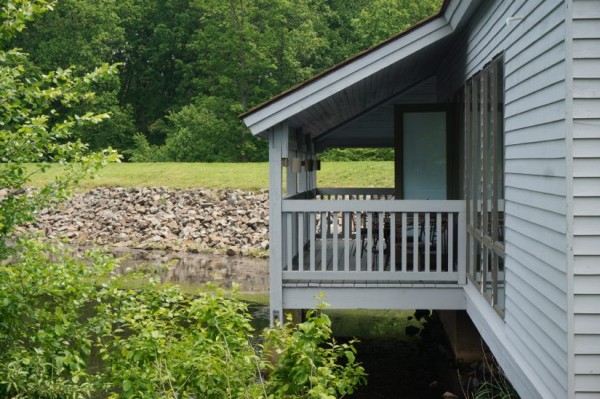 It’s been a week since the Reston Association Board voted to move $430,000 from its Operating Fund to use towards unexpectedly large expenses incurred by renovations at the Tetra/Lake House property.

RA purchased the building for $2.6 million in summer 2015 in order to fend off feared commercial development and add a community space.

A variety of things led to the overrun, including the previous tenant opting not to rent back for 2016 and rehab costs that came in much higher than expected, RA officials said.

But the reality is the cost gap is large and RA officials are not going to abandon the project. In fact, RA CEO Cate Fulkerson says the association needs to get Tetra/Lake House ready for business in order to start making money at the 3,000-square foot building on the shores of Lake Newport.

RA will begin after school care programs at Tetra/Lake House in the fall, and plans to rent it for events, meetings and parties. RA expects to eventually bring in more than $100,000 annually from those things.

But that does not mean the expenses will stop. The renovations, which have been somewhat scaled down as costs climbed, are not done. And at the May 26 RA Board meeting, representatives of the Lake House working group showed the board an elaborate landscaping and parking lot renovation idea that would cost a not-yet-identified amount should RA go forward with it in the future.

What should happen now? Should RA look for proffer and sponsor funding to pay for future costs? Should it cut their losses and sell the building? Should it charge non-RA members higher rates for rentals?

Do you think RA members will end up paying more than a few dollars in their annual assessments because of the deficit? Do you have any money-making or money-saving ideas?

Chat in the comments and have an nice weekend.