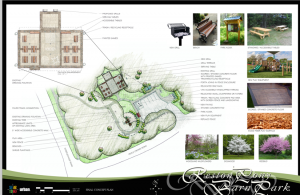 RA is in the process of forming an independent review committee to determine how the Lake House/Tetra renovations incurred a $430,000 overrun in the last several months.

The association will soon put out the call for members to be on a committee. The committee will then choose auditing professionals to conduct the investigation. RA hopes the review will be complete by September.

In the meantime, work has been halted on renovations of the Central Services Facility and the Pony Barn, says Fulkerson. Both of those projects are still in the design and planning stages.

“I asked the Board Governance Committee [in June] ‘would it be helpful if we just paused until the review is done?’ ” said Fulkerson. “The RA directors on the committee said ‘good idea.’ So I talked to contractors and asked for pencils down by June 30.”

The renovation of the Central Services Facility is expected to cost a little over $1 million. The facility, which houses Reston’s vehicle fleet and is the headquarters for grounds and maintenance crews, is more than 30 years old. It needs bathrooms, phone/Internet and HVAC systems brought up to date, as well as a meeting space for the more than 80 employees who are based there, Fulkerson said.

So far, only $15,863 for design work has been spent on the project in 2016, RA records show. The renovation is not slated to begin until November, said Fulkerson.

At the Pony Barn Recreation Area, $350,000 ($175,000 of it in the 2016 budget) has been marked for renovations aimed at making the park in south Reston the only fully handicapped-accessible RA facility.

The RA Board approved the renovations to the Pony Barn about a year ago. The spot at Steeplechase and Triple Crown currently houses a picnic pavilion and swing set.

The renovation began as a $30,000 project for a new floor and other updates to the pavilion. The Pony Barn Working Group assembled by RA expanded it to be a much bigger project though, including renovations to the pavilion, a playground accessible for people with disabilities, a tot lot, a paved pathway, a historical information kiosk, cooking grills and a deck to overlook a butterfly garden.

RA hired Fairfax-based Christopher Consultants earlier this year to do design work for the project. Of the $175,000 marked to be spent on the Pony Barn in 2016, about $18,000 has been spent so far this year.

Fulkerson said her goal is to get the Pony Barn “mostly, if not fully, covered through fundraising and developer contributions.”

She also said RA hopes to use information learned from the independent review in order to keep the Central Services Facility and the Pony Barn on budget as they get further in the renovation process.