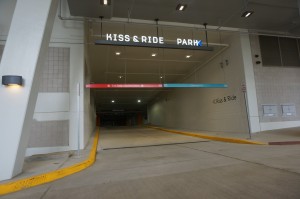 Metro has put out a Request For Proposals (RFP) to have a private company take over operations and maintenance of all of its parking facilities, including garages and parking meters on its property.

In exchange for a giant upfront payment equal to 50 years of parking fees, the concessionaire would have to operate and maintain almost 60,000 parking spaces. It’d also get to collect all the parking fees.

Metro has lots or garages at 48 stations in DC, Maryland and Virginia. That’s more than 59,000 parking spaces and 3,445 meters, Metro says.

Despite Wiehle-Reston East being listed on the original RFP, the Washington Metropolitan Area Transit Authority (WMATA) has since amended that entry.

The Wiehle-Reston East garage, which has about 3,000 spaces and is the only station on the Silver Line with a parking garage, is owned by Fairfax County, so it is unclear what will happen at that garage.

“Metro wants to get back to its core base, which is operating running a safe rail system,” said Maggie Parker, spokesman for Comstock, which built the Wiehle-Reston East garage in a public-private partnership with Fairfax County. “But Wiehle-Reston East is not theirs to include [in the RFP].”

The RFP was put out in August and the deadline for submissions is Oct. 28. Metro says it will pick a contractor by the end of the year.

By giving over the parking garages to a private company, WMATA could get as much as $1 billion upfront, according to analysis by Greater Greater Washington. It also gets Metro out of the business of running parking lots so it can concentrate on running a transit system.

Under the RFP guidelines, WMATA would allow operators to change the parking garage hours and rates (subject to WMATA Board approval).

WMATA and the funding jurisdictions would lose almost $50 million in current parking revenues per year, which is approximately half of the annual estimated budget shortfall WMATA has had at the beginning of the typical budget season for the past 12 years.

So in addition to the usual $100 million in budget savings, fare increases, and juridictional subsidy increases to close the typical budget gap, WMATA would have to find an additional $50 million a year to make up for the loss in parking revenue.

GGW also points out the deal could limit Metro’s freedom to boost ridership or redevelop stations. It also says bids could include proposals to charge for parking during nights and weekends.

Metro could lose the ability to control prices or usage of the parking lots without financial penalties.