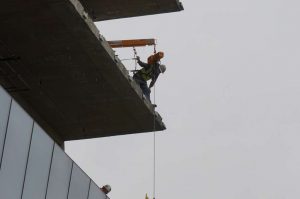 It looks as though another huge development could soon go up near Reston Station.

Developer Comstock Partners has submitted plans to Fairfax County for a new mixed-use development, to be located south of Sunset Hills Road and immediately north of Reston Station and the Wiehle-Reston East Metro Station. The Washington Business Journal first reported on the new development last week.

If all goes according to plan, the new development would consist of 500 residential units, about 91,000 square feet of ground-floor retail space and another 178,000 square feet for office or hotel use.

Comstock, which had its eye on the site earlier this year, will reportedly call the development The Promenade at Reston Station. Additionally, the developer plans to connect the new building to its adjacent developments via a “woonerf” on Reston Station Boulevard, WBJ reported.