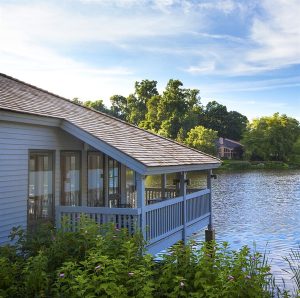 StoneTurn Group’s independent review (available here) of Reston Association’s Tetra/Lake House purchase has given 15 recommendations to the Board of Directors for how to avoid a similar situation from happening again.

The forensic accounting firm was contracted by the Reston Association board in January, at a cost of $45,000, to review the controversial purchase and the cost overruns associated with the building’s renovation. The 30-page report, released Wednesday morning, focuses on “identifying areas for process improvement, potential changes to internal controls and/or modification to governance procedures to help ensure situations like the Lake House cost overrun can be avoided in the future.”

Among the findings of the StoneTurn Group were a lack of written internal control policies for RA staff to rely upon during the transaction; internal control processes that are “not sufficient” to account for funds when they are contracted or encumbered; and an estimation process for renovations that “was not performed in a manner that could have yielded a reasonable estimate and was not documented.”

In the review, the firm noted a lack of a comprehensive Code of Conduct or Code of Business Ethics, which are “generally considered to be cornerstone documents for an effective internal control environment.” (The Board’s Governance Committee is now in the process of creating such a code.)

The firm also noted that its analysis of items discussed in executive session was “significantly hampered by the absence of any meeting minutes and retained packages of information presented and discussed.” In addition, the review reads that RA “does not have a clear or central document retention policy and procedure” and that StoneTurn had to rely on finding documents “from various employees and directors based on their individual retention decisions.”

The recommendations made by StoneTurn to the RA Board of Directors in the review are as follows:

Recommendation 3: Establish a comprehensive Code of Conduct for both the Association Board of Directors and staff.

Recommendation 4: Consider adopting a policy that will provide greater transparency to the considerations undertaken in Executive Session.

Recommendation 6: Clarify the existing policy to provide guidance for situations where a project expands or where an estimate is found to be insufficient. This should include guidance on when an overrun should be brought to the attention of the Board of Directors as well as guidance on the appropriate process to follow when the revised amounts exceed the threshold.

Recommendation 7: Prepare a long term Capital Improvement Plan and update it on an annual basis.

Recommendation 9: Establish a process to ensure that purchase orders and contracts cannot be issued without encumbering the funds and ensuring that the approved budgeted amounts are sufficient.

Recommendation 10: Establish a quarterly or semi-annual review process where the aggregate amount of encumbered amounts plus estimates of all amounts remaining to be contracted are compared to the annual approved budget.

Recommendation 11: Revise the resolution to remove the language stating the policy is only required to “the extent practical”. In the event that written quotations are deemed not to be necessary require that a memorandum be prepared and approved detailing the reasons and authorizations for the decision.

Recommendation 12: Develop a process to ensure that prior to an invoice being paid they are matched and agreed to properly approved contracts or purchase orders. This should include an analysis of the aggregate amount paid under any to ensure that the invoice is within the approved terms.

Recommendation 13: Establish a formal document retention policy specifying the nature of the documents required to be maintained which should include specific requirements for financial documents, documents presented to either the Board of Directors or a Board Committee, etc.

Recommendation 14: Establish a procedure to record and track all proffered amounts and any restrictions on such amounts.

Recommendation 15: Establish a procedure to analyze likely annual covenant compliance at interim periods but no less frequently than semi-annually.

In a community meeting with a StoneTurn Group representative in early February, many residents spoke to express what they were hoping to see in the review — including individual culpability, specific conflicts of interest and potential law-breaking that may have occurred in the process of the purchase. That type of information, which the StoneTurn representative at the meeting said was outside the scope of their work, is not explicitly outlined in the review.

The Reston Association Board of Directors plans to review the report, and a special public meeting will be held Tuesday, March 14, at 6:30 p.m. regarding its findings.