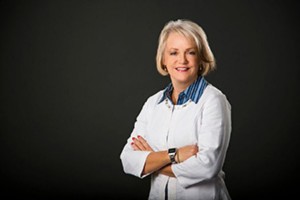 The independent review of Reston Association’s purchase and renovation of the Lake House provided 15 recommendations for the Board of Directors, but at least one director says the community deserves more.

Director Sherri Hebert (Lake Anne/Tall Oaks District) says she has been fielding “many calls and emails” from residents since the review came out Wednesday, asking what the next step in the ongoing process is going to be.

“[They’re asking] ‘What are you guys going to do? Are you going to sweep this under the rug?'” Hebert said. “There are a lot of questions still from a lot of the community members.”

A public meeting is scheduled for March 14 for the Reston Association board to “review the report and hear comments on the suggested improvements,” according to a news release. In a Friday email to fellow board members, candidates in the 2017 election and community advocates, Hebert explained what she would like to see happen at that or another special meeting in the near future.

“I strongly suggest, and maybe it is already set up this way, that the meeting on the 14th be a Q&A with the public, StoneTurn and the Board. By Q&A, I mean that the public can ask questions of either StoneTurn or Board members about the findings in the report. It would be great if former Board members attended as well. A good old fashion public meeting of give-and-take. Short of giving the public an opportunity to express their views and ask questions, we will be handling individual requests one at a time (not very efficient). If this can’t be done on the 14th, another session needs to be scheduled prior to any decisions of the Board.”

When contacted by Reston Now for further comment, Hebert said she believes the findings in StoneTurn’s report to be valuable; however, she said more needs to be done to regain the community’s trust in the board.

“There needs to be some accountability — somebody or some group of people needs to stand up and say, ‘You know what, I messed up on that, I made a mistake,'” she said. “Until that happens, I’m not sure we’re ever going to be able to move on.”

Hebert was elected to the board in 2016, after the controversial Lake House purchase and subsequent cost overrun had occurred.

The director also said she wants to see any decisions regarding the next steps in the Lake House process be handled by the incoming board. The nine-member board will have four new faces in April, after the election.

“That’s a huge shift in the board, and whoever ends up winning needs to be a part of these discussions,” she said.

Hebert said discussions about how a question-and-answer session with the community would be handled are in their early stages.

“Hopefully, I can meet with some of my peers this week and find out what we’re going to do on the 14th,” she said. “And if not the 14th, then when?”