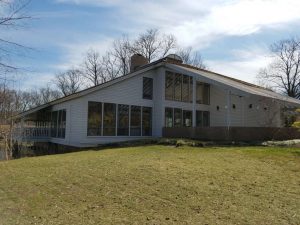 Community group Reston 20/20 is calling for an independent committee of RA members to be formed to delve deeper into the circumstances surround Reston Association’s controversial Tetra/Lake House deal.

The group made the recommendation Monday as part of a 10-page analysis of StoneTurn Group’s review of the transaction and subsequent cost overrun, which was completed in February.

According to Reston 20/20’s recommendation, the committee should be formed after the board’s elections have completed in April. At that time, four new members will join the nine-person board.

“In light of the fact that the current Board majority was immersed in all the events described here and in StoneTurn’s report, it has no credibility in conducting any further actions on Tetra,” said Terry Maynard, co-chair of Reston 20/20. “The new RA Board, installed next month with a majority not involved in Tetra, should tackle the issues we raise here and any others it finds in a deep dive effort by a committee of Restonians.”

The majority of which Maynard speaks will be made up of the four new members plus director Sherri Hebert (Lake Anne/Tall Oaks District) who was elected in 2016, following the conclusion of the transaction and renovations. Hebert has also recently called for more community involvement in the analysis of the report. (Two other continuing board members, Julie Bitzer and Ray Wedell, were elected in April 2015 — after the purchase proposal had been drawn up and scheduled for referendum, which passed with 53 percent of the vote in May 2015.)

In its analysis, Reston 20/20 says StoneTurn’s report provides “important new information on the timeline of actions leading to the excessive price paid for the property and its huge repair costs,” which it says is “a vital first step in understanding fully what transpired in this unfortunate venture for RA and its members.” The analysis goes on to ask numerous followup questions, many related to personal responsibility for decisions made during the process, including:

Reston 20/20 says it wants the citizens’ committee to have “unlimited access to all RA records relating to Tetra; the authority to interview RA employees, contractors and others with possible knowledge about Tetra; and the authority to request records from contractors who worked [with] RA on the Tetra purchase and renovation.”

A group of Reston Association members, working under the name Mediaworld Ventures LLC, had been selected in September 2016 by the Board of Directors to complete a review of the purchase and cost overrun at a cost of $1. The parties could not agree on the terms of a contract, however, and negotiations were terminated in January. The board agreed later that month to have StoneTurn complete the review at a cost of $45,000.

StoneTurn’s review provided 15 recommendations to the RA board for how to avoid a similar situation from happening in the future. Reston 20/20 members say without rooting out more specifics of the transaction, changes to procedure may have minimal effect.

“We believe it is vital to understand the full details of what transpired, including identifying any violations of policy, procedure or the law and the persons involved in those activities. If we do not dig out these details, RA runs a serious risk of repeating many of the same errors in the future no matter what process changes are added.”

The RA Board of Directors has a special meeting scheduled for Tuesday at 6:30 p.m. (weather-permitting) to discuss the results of StoneTurn’s report and the recommendations for the board that were provided within.