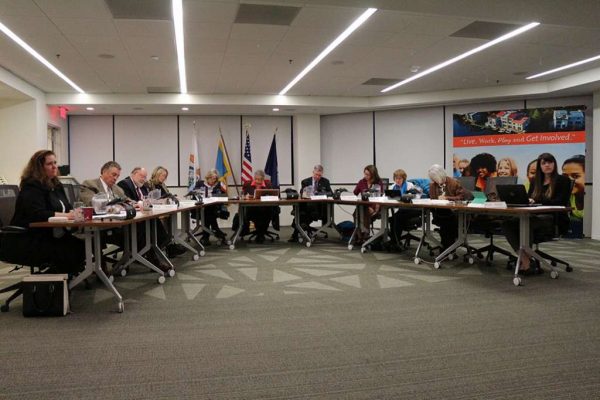 The results of an independent review of Reston Association’s purchase of the Tetra/Lake House property are in, and now the discussion is shifting toward how to make best use of its findings.

That discussion began Monday during a special meeting of the Reston Association Board of Directors. Deirdre Flaherty, partner and co-founder of forensic accounting firm StoneTurn Group, answered questions from both RA members and directors during the session, and offered her advice for RA’s remediation process following the controversial purchase and a renovation process that cost $430,000 more than budgeted.

Flaherty’s advice, which built upon the recommendations offered in StoneTurn’s review in February, included the drafting of foundational documents that have an overreaching principle statement to define ethical concerns — something she says is lacking in RA’s current policy structure.

“When you have an unusual transaction and you don’t have that bedrock foundation, there’s no touchstone,” she said. “It would be my strong suggestion that great consideration is given to what those overarching principles that you want for how you do business, and then take that and drill it into writing, into practical policies and procedures for the staff, that details exactly what is to be done.”

The Board of Directors voted unanimously to accept the review delivered by StoneTurn and to begin working toward implementing the recommendations made therein. Flaherty made a number of other recommendations for how to do so, including giving staff and CEO Cate Fulkerson the time to develop new policies that are in line with the goals of the Association.

“You have some very strong, qualified people in your Association staff [who are] doing a lot of the day-to-day work, and as a result, they haven’t had the opportunity to step back and put those foundational documents into place,” she said. “My strong advice would be to have them do it — to hire people, even on a temporary basis, to handle some of your day-to-day operations so that you can elevate people like your CFO or your new head of capital projects [or] Cate to actually stepping back and giving thought and consideration to what those documents should look like, to having the communications with the membership and the board to make sure you’re comfortable with them, and then to putting them in place.”

It was also suggested by Flaherty that an RA audit committee be formed to independently make findings and assess staff.

In response to members’ questions about the review, Flaherty said nothing was found that indicated violation of Reston Association policies regarding conflicts of interest, nor was anything found to suggest any breach of fiduciary duty, any self-dealing or any intentional misstatement of fact.

“If there was anything that came to our attention, that gave us pause given our experience and background… we would have raised that immediately with both Eric and Mike [Carr and Sanio, of the Tetra Review Committee] and we would have suggested a scope expansion,” she said. “That never happened.”

Directors also answered questions from each other during the meeting, notably about whether information that was available to members of the Board Operations Committee in March 2016 regarding potential cost overruns on the renovation project was purposefully withheld from other board members until they came to vote in May of that year.

Director Sherri Hebert, who was elected to the board in April 2016, said she could not understand why such information would be shared with the rest of the directors in a more timely fashion. Director Ray Wedell, who joined the board in 2015, echoed her sentiments and went one step further.

Members of the BOC, including Director Julie Bitzer, said there was no ill intent in not bringing the issue before the board sooner.

“We had no idea that is was a $400,000 issue… and we did ask for more clarity,” she said. “There was no intent to hide it from anyone else on the board, and when information comes out in the board package, we are free to call any of our other members on the board to ask questions.”

Flaherty said a gap exists in the procedures regarding when such an issue should be brought to the full board’s attention, and suggested that gap be addressed when new policies are drafted.

The board will have a regular meeting Thursday at 6:30 p.m. at RA Headquarters (12001 Sunrise Valley Drive).