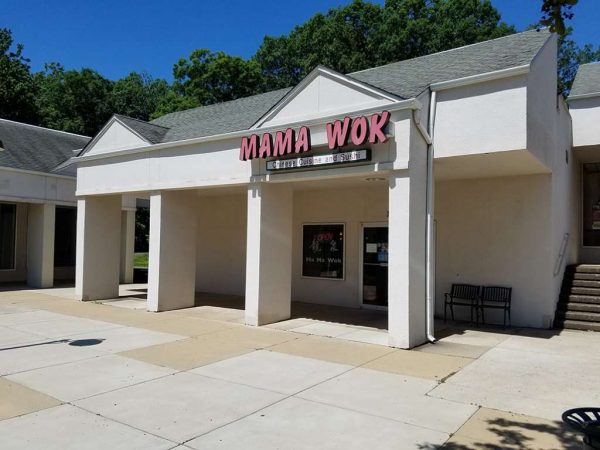 As redevelopment of Tall Oaks Village Center looms in the coming months, the few remaining restaurants in the plaza are looking forward to the future.

The first big change will come June 15 when Mama Wok closes its doors. According to owners Cheah and Lisa Lee, their lease is expiring and they will be retiring.

Meanwhile, on the other end of the plaza, Paisano’s Pizza plans to stay. Matthew Miller, area manager for the chain, said it has signed on to be one of the retail shops in the new development. The restaurant will move across from its current location to the building at 12056 North Shore Drive that most recently housed Curves Fitness and, before that, 7-Eleven.

“We’ll start construction on that space in about three weeks,” Miller said. “It’s going to have a bigger dining room, much better outdoor space with some seating that will be a little shaded. The building is going to look great.”

Miller said Paisano’s hopes to move into the new location in the fall of this year, closing up shop at its current location one night and opening in the new space the next day.

“We’re looking forward to the changes here,” Miller said. “I wish some of our neighbors were able to stay.”

Among the neighbors who will be leaving is the other pizza shop in the plaza, Vocelli Pizza. Sam Ostovari, part-owner and manager, said the business will stay open through at least October or possibly December. After that, though, he’s not sure where it will be.

“We have good business in Reston, so we’ll stay in Reston but [move to a] different plaza,” he said. “We’re working on it.”

Phở Reston 75 will be leaving Reston when Tall Oaks redevelopment gets underway. Manager Linh Dang said she will close up shop in December. A new location of the business, Phở Dulles 75 on Elden Street in Herndon, has already been opened.

Located on a dead-end of North Shore Drive off Wiehle Avenue, Tall Oaks Village Center struggled for many years before the redevelopment proposal arose. Its longtime anchor tenant, Giant Foods, closed in 2007 and further vacancies followed quickly afterward. The 70,000-square foot center was 86 percent empty by the time the redevelopment was approved.