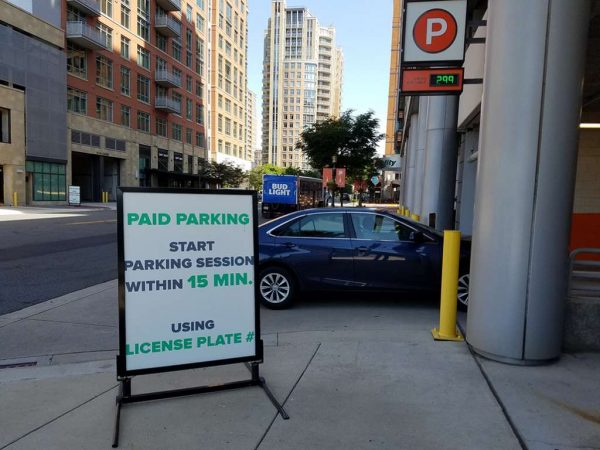 An announcement earlier this week from Boston Properties regarding changes to the paid-parking fees in garages at Reston Town Center has prompted a variety of reactions.

It's a start. It needs to be 2 hours. Still prevents commuter parking but allows lunch.

Happy that #BostonProperties realized that the boycotts are hurting their bottom line- and made some changes. #BeBoldForChange

Too little too late. You are not, nor will ever be, the good guys.

Aaron Gordon, head of the Reston Merchants Association, says the changes — allowing for one hour of free parking before 5 p.m. and free parking afterward — are “a step in the right direction.” But he isn’t convinced it will be enough.

“We would like RTC to offer 3 hours free parking at all times, which would end the controversy entirely,” Gordon said. “Ultimately, our customers will decide if the recent concessions are enough. I’m very hopeful they are.”

Gordon, owner of Red Velvet Cupcakery (11939 Democracy Drive), organized the Reston Merchants Association earlier this year to bring together numerous business owners and managers whose bottom line was suffering under the 24-hour paid-parking format — many reporting double-digit drops in sales. Gordon said the system was “tearing the fabric of who we are, how we choose to live and what we do within Reston.”

Following a successful protest in March, the merchants announced that they were planning a town hall-style meeting and a second protest march. They also have flirted with legal action over the BXP initiative; one restaurant, Jackson’s, did file a lawsuit on its own. Many potential customers have publicly stated they have been boycotting visiting the Town Center due to the policy, choosing options elsewhere with free parking instead.

While Gordon said he is encouraged by Boston Properties’ recent announcement, he said the merchants’ efforts may not be over.

“The Reston Merchants see this as a victory for our group and our customers,” he said. “But, we will regroup in the next two weeks to discuss if we think [Boston Properties] is doing enough. Then, we’ll be able to determine our next steps.”

The new parking rules will go into effect at Reston Town Center on Monday.