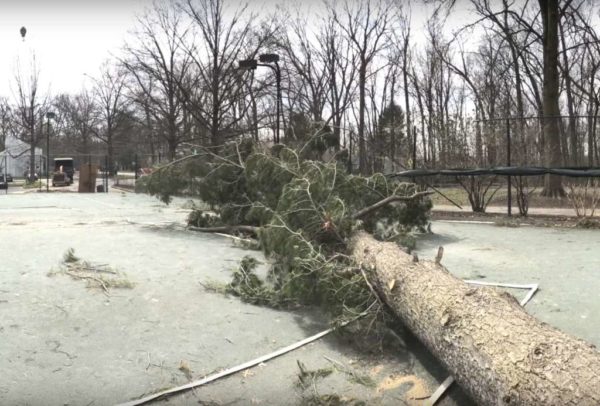 During a March windstorm, two large pine trees fell onto the tennis court, damaging the clay court, court lights and perimeter fencing, according to Ali Khatibi, the manager of the Central Services Facility.

After inspections, arborists determined standing and pine trees posed a threat to public safety. Trees were removed from the court.

On March 2, RA estimated windstorm cleanup could take at least one month. Arborists continue to remove trees from pathways.

“We appreciate your patience during this process,” Khatibi said in a Reston Today video.