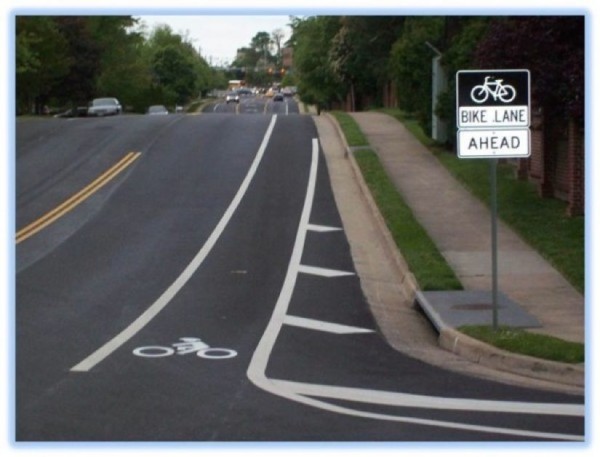 State officials have modified a proposal to re-stripe South Lakes Drive between Reston Parkway and Sunrise Valley Drive as a two-lane road with buffered bike lanes.

Based on community feedback and updated traffic analysis, the Virginia Department of Transportation will maintain four travel lanes between Reston Parkway and Colts Neck Road; between Soapstone Drive and Ridge Heights Road; and Twin Branches Road and Sunrise Valley Drive.

Striping modifications on South Lakes Drive were reduced to between Colts Neck Road and Soapstone Drive, as well as between Ridge Heights and Twin Branches Road.

The on-street bike route will only be connected between the Colts Neck Road bike lanes with the bike lanes on Twin Branches Road. A signed detour will be placed via the Soapstone Drive bike lanes and the new Ridge Heights bike lanes.

“The compromise solution will create a safer east-west bike route and address many of the road safety concerns. It is not expected to negatively affect traffic,” state officials wrote in a statement.

County and state officials held a meeting on March 19 to discuss the proposal, along with other paving and re-striping changes in the Hunter Mill District.

Traffic lights on Colts Neck Road, Soapstone Drive and Twin Branches Road are expected to “create breaks in traffic which will aid left turns,” according to Robin Geiger, head of communications for the Fairfax County Department of Transportation.

The project will be implemented in late June and early July. A more precise starting date was not available.