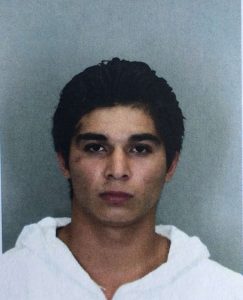 Darwin Martinez Torres, 23, accused of raping and murdering Nabra Hassanen, 17, of Reston, will be going to trial in January.

According to the Fairfax Circuit Court Clerk’s Office, motions for the case are scheduled for Nov. 29 and the date for the full trial in January has not been established yet.

Prosecutors in the case plan to introduce evidence that Torres was a member of MS-13, though the police are not saying that the crime was gang-related, according to the Washington Post.

Hassanen was attacked when she was returning from the All Dulles Area Muslim Society Center in Sterling after a pre-dawn meal in June 2017. Fairfax County police say Hassanen was attacked with a baseball bat before she was abducted, sexually assaulted, and killed. Her body was found in a pond near Torres’ apartment and police believe the crime was not motivated by Hassanen’s religion, but was a road rage incident.

The Washington Post also reports that Torres’ defense team is alleging that Torres is intellectually disabled as a result of toxins in a gold mine near where he grew up in El Salvador. If Torres is found to have significant mental issues, he cannot receive the death penalty.