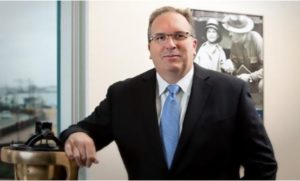 (Updated at 3:47 p.m.) The Reston Association has found a permanent chief executive officer, filling one of its several vacant positions, including chief financial officer and planner.

RA announced today (Dec. 11) that its Board of Directors unanimously voted in favor of hiring Harry P. “Hank” Lynch to fill the vacant position after a nine-month-long search after former CEO Cate Fulkerson resigned at the end of February after serving in the role since 2013.

In February, Reston Association’s CFO Robert Wood filled in as acting CEO until his resignation in April to take a new job at a national nonprofit organization in Washington, D.C. His departure vacated the two top leadership positions at the RA.

Larry Butler, RA’s senior director of land use and planning, then took over as acting CEO in mid-April after Wood left.

The long-vacant position loomed over the board’s budget deliberations at its Nov. 15 meeting, with some board members concerned about setting an example of keeping costs low for the assessment fee for whoever fills the position. RA President Andy Sigle said at that meeting that RA needs a CEO’s “fresh eyes to keep pushing for more efficiencies.”

Less than a month later, Sigle described Lynch as “a proven leader” in the press release for the announcement.

“We are thrilled to have found what we believe is a great match for Reston Association,” Sigle said. “Hank is passionate about the concepts that make up our Reston Essential Elements: environmental stewardship, recreational amenities, design excellence, appreciation of the arts, diverse housing opportunities and accessibility.”

Lynch recently was the CEO for Farm Sanctuary, an animal welfare, education and advocacy non-profit organization, according to a press release. He started his career as a horticulturist and ISA certified arborist.

Lynch, a resident of Norfolk, will move to Reston and begin work at RA in January, the press release says.

The CFO position has been vacant for eight months. Other full-time jobs vacant at the RA include planner, executive assistant to the CEO, environmental resource worker and a property advisor I.