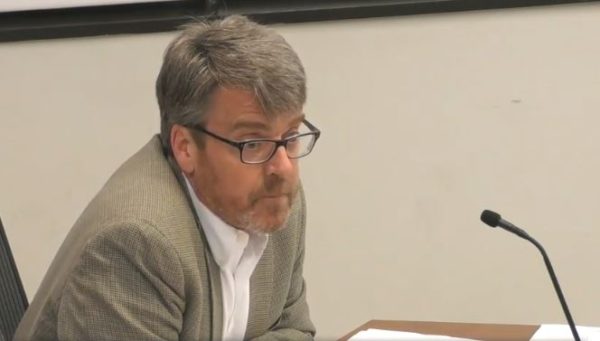 Updated at 5:00 p.m. — Corrects the spelling of Laurie Dodd’s name and the time of the Planning Commission meeting on Jan. 23.

Reston Association’s Board of Directors unanimously voted to continue its opposition to a proposed zoning amendment, which would increase Reston’s population density, at last night’s meeting.

The proposal would increase the maximum allowed population per acre in the Planned Residential Community (PRC) district — Reston’s primary zoning district — from 13 persons up to 15.

After an executive session to consult with the land use counsel, Vice President Sridhar Ganesan said that the current density at 12.46 people per acre is a “very inaccurate population estimate.”

“A lot of slack is built into the current density,” Ganesan said. “I believe the director of the Planning and Zoning Commission told us –some of the members on the board — they are trying to recalculate the population estimate in Reston, and they don’t have an accurate estimate just yet.”

Given the wiggle room in the current density and the outrage from many community members, Ganesan said the PRC density level should not increase.

Several community groups, including the Coalition for a Planned Reston and Reston 2020, are fighting the move, arguing that the proposed amendment is rushed through and under-explained.

President Andy Sigle said that the RA is still working through “reams” of data and information in support of the zoning proposal from a series of emails on Dec. 11 from Fairfax County.

“We have a concern that the wrong number on this PRC density will overwhelm the infrastructure prescribed in the Reston Master Plan, so it’s important that we get the right number,” Sigle said at the meeting. 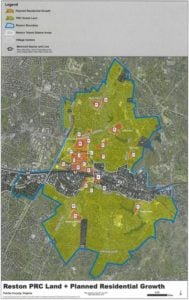 The board also approved setting up a work session for RA’s board prior to the Planning Commission’s Jan. 10 workshop on the amendment.

Fairfax County’s Board of Supervisors clashed over community input on the proposed zoning changes at their Dec. 4 meeting, before authorizing public hearings on the proposal.

Hudgins said at the Dec. 4 meeting that locals have had plenty of opportunities to get the desired information. “Yes, there are some questions that people have,” Hudgins said. “Those questions have been answered before or are not relevant to this.”

Residents expressed frustration and disapproval to RA’s board last night (Dec. 13), pointing to a lack of community input to the county’s board and insufficient infrastructure to support increased density in Reston.

Laurie Dodd, a resident for the last 23 years, criticized Hunter Mill District Supervisor Cathy Hudgins for asking to schedule hearings on the zoning proposal without following through on promised community engagement.

“It is disturbing to me to see other supervisors in Fairfax County speak up about the right of residents to be heard more than our own supervisors had done,” Dodd said.

The Planning Commission is scheduled to hold a public hearing about the zoning proposal at 7 p.m. on Jan. 23, followed by the Board of Supervisors’ public hearing at 4:30 p.m. on March 5.

The Planning Commission must say “yea” or “nay” to the proposal by March 15, according to county rules.

More Stories
Here’s What to Do in an Active Shooter Situation, According to Fairfax PoliceNew Art Exhibit and More This Weekend in Reston