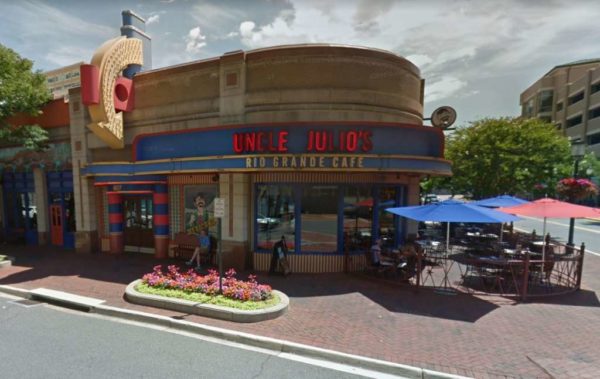 The Tex-Mex restaurant at 1827 Library Street claims in the suit that it has lost approximately $1 million in sales annually since paid parking was implemented in January 2017, according to the article.

Uncle Julio’s is suing RTC’s owners on several counts, including breach of contract and conspiracy, according to the story. Boston Properties has not yet responded to the lawsuit, which was filed on Dec. 21 in Fairfax County Circuit Court.

Boston Properties continues to face an uproar from many local businesses and residents. In 2018, nine businesses closed at RTC, with several owners and employees telling Reston Now that the paid parking drove customers away.