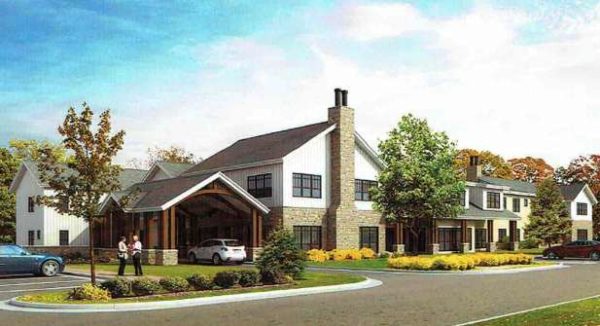 The Fairfax County Planning Commission supported a plan to add an assisted living facility in Great Falls at its meeting last night (March 14).

The 62-unit assisted living facility would be run by IntegraCare at 1131 Walker Road — right above Leesburg Pike and close to Colvin Run Mill. Verity Commercial is partnering with IntegraCare for the development.

The 33,429-square-foot-facility aims to fill a growing need in the community — about 35 percent of the Great Falls population is age 55 or older, according to Verity Commercial.

The new facility would also serve the local community in another way. “One of the problems in Great Falls is we have a limited amount of meeting space,” Dranesville District Planning Commissioner John Ulfelder said.

The building’s design is meant to have an intimate feel, with short corridors and scattered communal areas.

The facility also plans to include a theater with a system for the hearing impaired, a demo kitchen and auto door opening where residents wear a bracelet that only lets them open their own doors.

Outside, a 10-foot trail along the front of the facility would connect to Colvin Run Road so that the residents may enjoy nearby eateries.