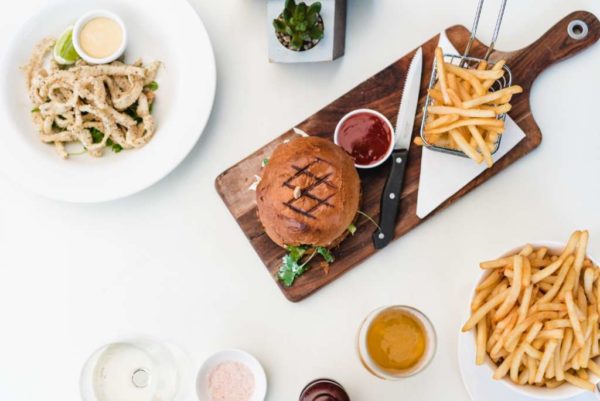 Restaurant-goers in the Town of Herndon will likely see their total bill go up this year after the Herndon Town Council approved an increase in the town’s meals tax Tuesday night.

In a 5-2 vote, the council increased the meals tax — which covers all meal purchases at food establishments — from 2.5 to 3.75 percent. Town officials said the hike is necessary to meet a revenue shortfall for capital improvement projects in the town. Councilmembers Bill McKenna and Jennifer Baker voted against the increase.

Some business owners and Town of Herndon residents criticized the measure for putting local businesses at a competitive disadvantage. Others said the tax unfairly singles out one industry and could regressively impact people with low incomes who rely on prepared meals.

Kristen Murphy, the general manager of the Washington Dulles Marriott Suites in Herdon, said her business was being “unfairly signaled out again.” She said she has lost business because clients looking to book the hotel have expressed concerns about the town’s occupancy and meals taxes.

Although the decision was tough, Mayor Lisa Merkel said the increase was the best way to boost revenue by minimizing the impact on Town of Herndon residents and property owners. The tax would apply to anyone who purchases meals in the Town of Herndon — including the 17,000 people who visit the town.  Meals taxes are also a “predictable and stable source of revenue,” Merkel said.

“I don’t anticipate its something that will become a trend,” Merkel said, noting that other towns and cities in Virginia also levy meals taxes.

The meals tax has not gained traction in Fairfax County. Voters rejected a referendum to institute a meals tax in 2016.

More Stories
Pet of the Week: Regal Ryder‘Singin’ in the Rain’ Comes to NextStop Theatre Next Month