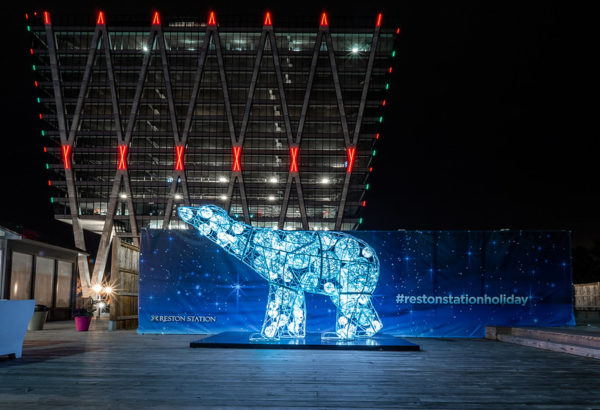 Brookfield Breaks Ground on $1.4 Billion Development — “Brookfield Properties celebrated the groundbreaking Monday for Halley Rise, a $1.4B project on the site of a 36-acre Reston office park.  The development’s first phase, scheduled to deliver in 2022, will feature 640 residential units, 450K SF of office and 200K SF of retail. The retail will be anchored by Wegmans, which is bringing its smaller urban grocery store concept to the project, and Pinstripes, a restaurant with a bowling alley and bocce court.” [Bisnow]

Metro Investigates Monday Train Collision — “The investigation into the cause of a low-speed train collision outside Farragut West is ongoing, including analysis of railcar data recorders, control center event logs, and signal system playback.  While Metro has not yet identified the root cause of the incident, investigators have found no evidence of a signal system failure and have ruled out “loss of shunt” as a cause.”  [Washington Metropolitan Area Transit Authority]

Annual Fiscal Year 2019 Report for Town of Herndon — Herndon Town Manager Bill Ashton presented findings and progress on different measures at a meeting in late September. The report highlights progress on major initiatives undertaken by the town in the last fiscal year. [Town of Herndon]