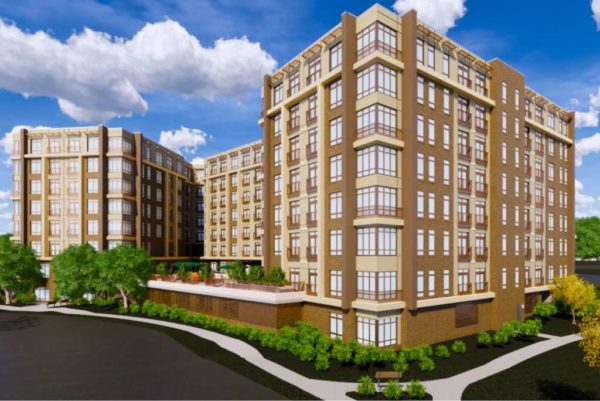 Previously approved plans for the redevelopment of Lake Anne Fellowship House are coming closer to reality following the securement of $3 million from the county.

The Fairfax County Board of Supervisors voted yesterday (Tuesday) to authorize the county’s housing authority to provide a $3 million loan for the project.

“The folks that are living in the existing Lake Anne Fellowship House have been waiting for this for a long time,” said Hunter Mill District Supervisor Walter Alcorn. “I think everything about it is actually quite straightforward and I’m very excited about having this move forward even in these uncertain times.”

Pat Herrity’s attempt to defer the vote failed. Herrity said he was concerned about approving the loan during “different and difficult times.”

The redevelopment plan ensures the 240-unit development, which offers affordable housing for seniors in Reston, will remain affordable for the next 30 years.

The plan, which was approved in Oct. 2018, would redevelop two aging buildings built in the 1970s, into a single building along North Shore Drive. Fellowship Square Foundation, the nonprofit organization that owns and maintains the current facility, and the Community Preservation and Development Corp., also plans to add 36 market-rate townhouses to the west of the property in order to help finance the construction of senior housing.

Construction is expected to begin in May, according to county documents.

Here’s more from the county on the project:

The Project will also be much more livable than Fellowship House: 100 percent of the units, and all of the common areas, are designed to Universal Design standards. Further, 54 of the units are designed to be fully accessible under the Uniform Federal Accessibility Standards, which is nearly double the accessibility code requirement. The units will be built to EarthCraft standards of energy efficiency. Fellowship House currently has a “two-pipe” central heating and cooling system, but the units in the new building will each have efficient, individually controlled HVAC systems.

To encourage energy conservation, the apartments will be individually metered for electricity. The residents will receive a utility allowance as part of their rent calculation. The Project will include extensive amenity spaces, including a business center, garden center, arts and crafts room, wellness room, game room and cybercafé. The Project includes an approximately 8,000 square-foot private outdoor terrace for the residents as well as an interactive tot lot and pocket park which will be available to the community at large.

The developers have also secured tax-exempt bonds from the Virginia Housing Development Authority.