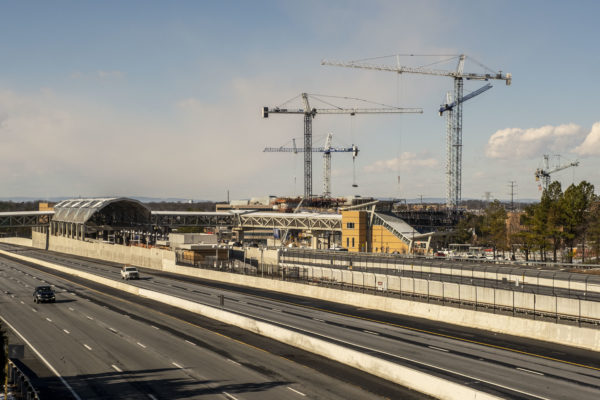 More than 11 percent of concrete panels at five of the six new stations on the Silver Line’s extension have cracks that need to b fixed, according to a new report by the Metro Office of Inspector General (OIG).

The report lays out nine conditional steps before the Washington Metropolitan Area Transit Authority can assume ownership of the project and let trains run.

Metro plans to open the extension in July 2021. The OIG audit was initiated at the beginning of the year after a whistleblower complaint in 2016 brought to light Universal Concrete Products’ failure to perform quality control checks. The concrete supplier gave Capital Rail Constructors, the company building the project, deficient concrete panels.

“These panels must be repaired prior to acceptance by WMATA,” states the Metro OIG in its report.

A sealant to repair the concrete panels could be applied every five to seven years in order to proceed with the project.

But the OIG report says that WMATA should not accept this solution “or any other measures short of complete replacement.”

The OIG laid out nine conditions the WMATA board should consider before taking on the project.