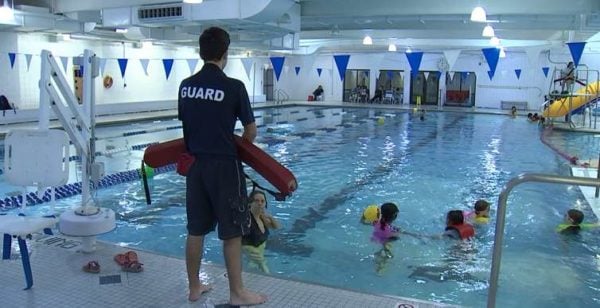 Five of those projects were named “project of the year” in their respective categories, including the renovations done at the Reston Community Center Aquatics Facility and the Innovation Center Metro Station parking garage in Herndon.

Three other projects were named as “honorable mentions.”

DPWES received more accolades from APWA than any other municipality in the Mid-Atlantic Chapter.

“Having Mid-Atlantic APWA recognize the work of DPWES and our partners with these awards acknowledges the excellence in the building and enhancement of the county’s infrastructure,” said DPWES Assistant Director Juan Reyes.

In total, the project cost about $5 million.

The work earned the department an award for “project of the year” for structures costing between $5 million and $25 million.

The parking garage at the Innovation Center Metro Station was also completed in the first quarter of 2020 and was a more expensive project.

Costing $52 million, the eight-level, 2,100 space parking garage was built with the intention of serving the Innovation Center Metro Station in Herndon. That station is part of Silver Line Phase 2 which is not yet operating due to delays.

The project actually came about 10% under budget despite the garage having problems with it “sinking” back in 2018.

It won “project of the year” for structures costing between $25 to $75 million.

Other Fairfax County projects to win awards include Scott’s Run Trail in McLean, a sewer emergency construction project at Backlick Run in Springfield, and Tertiary filter rehabilitation project at the pollution control plant in Lorton.