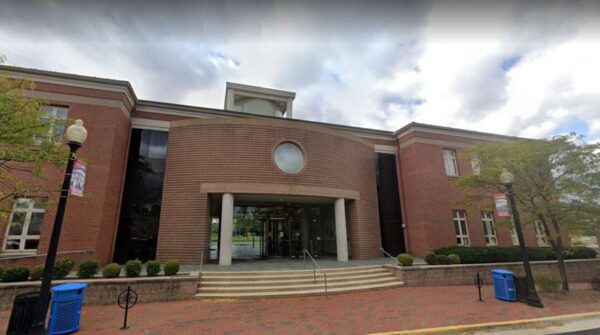 Like other localities across Northern Virginia, the Town of Herndon is taking a cautious approach to its budget proposal for fiscal year 2022, which was made public this morning (Wednesday).

Requesting $55.7 million in total expenditures, the proposed FY 2022 budget calls for a 8.7% decrease in spending compared to FY 2021 and reflects the financial toll that the COVID-19 pandemic has taken on local governments in a demanding, unpredictable year.

“The fiscal year we are now concluding has been, to put it succinctly, a year like no other,” Herndon Town Manager Bill Ashton said. “The COVID-19 pandemic upended all aspects of daily life. Town services and programs were significantly impacted, as were revenues across the board.”

According to the budget document, Ashton developed his proposal around a 1.7% uptick in assessed property tax values, including new construction and improvements. Gains in residential values, which account for 56% percent of the town’s real property tax base, were offset by dropping commercial real estate values.

While the town projects a “modest” increase in revenue from business and professional and commercial licenses, business closures and restrictions necessitated by the pandemic are expected to continue affecting revenue from Herndon’s meals and transient lodging taxes during the first half of the coming fiscal year, which starts on July 1.

Herndon saw a 20% year-over-year decrease in meals tax receipts during FY 2021 and a 75% drop in transient lodging tax receipts, according to the FY 2022 budget proposal.

Ashton says the budget “reflects the austerity under which we are still operating.”

“It focuses on core services — public works, public safety — as well as pandemic-related relief that is in the town’s jurisdiction to provide,” Ashton said. “It anticipates an improving economy, but any recovery will likely be gradual. This budget outlines a prudent response to a fiscal crisis that is very much still with us.”

While the town is anticipating “a mild recovery” in the second half of FY 2022 as COVID-19 vaccinations become more widespread and public health restrictions lift, Ashton says he asked town departments to submit budget requests at 5% and 10% reduction levels in recognition of the “fiscal uncertainty that still lies ahead.”

The proposed budget says “several essential items” had to be deferred to the next fiscal year to maintain a balanced budget, though the town council could authorize additional spending in the future depending on the town’s finances and the arrival of new federal stimulus funds.

Areas where the town plans to significantly cut back on spending include professional services, tree maintenance and removal, recreational programs, mowing, special events, and office supplies.

The budget maintains a hiring freeze on non-essential staff positions and omits market-rate adjustments for town employees for a second consecutive year. Herndon still hopes to give all of its workers a 3% pay-for-performance increase, unlike Fairfax County, which has proposed freezing worker compensation increases.

“Though in a funding shortfall situation, it is critical for the town to recruit, retain and develop employees to remain competitive in the marketplace,” Ashton’s budget says.

Projects in the proposed FY 2022-2027 Capital Improvement Program include alignment of Center Street, Elden and Monroe Street intersection improvements, vehicular and pedestrian access to Metro and Van Buren Street improvements, according to the town news release.

The Herndon Town Council will hold public hearings on the proposed budget at 7 p.m. on April 13 and 27.