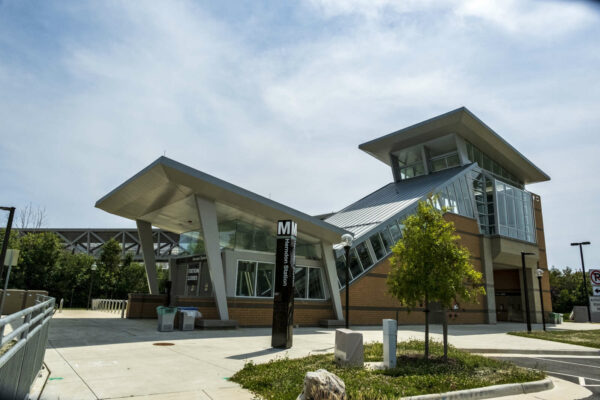 (Updated at 9:05 a.m. on 8/5/21) A new report reveals that there’s significant disagreement between the Metropolitan Washington Airports Authority (MWAA) and its contractor, Capital Rail Constructors (CRC), about when Silver Line Phase 2 is expected to be completed.

That is more than seven months after Labor Day 2021, when MWAA had hoped to hand over the project to Metro, though officials already admitted last month that they will miss that deadline.

However, in its monthly report, MWAA says it “disagrees” with the timeline laid out by CRC and believes the remaining work that needs to be completed “can be accomplished in significantly less time.”

The airports authority believes the work can be finished “within Q4 2021,” according to the report.

About six months is needed between substantial completion and for the system to open to complete testing and “pre-revenue activities,” according to a Metro presentation from last month.

This means that, if the project follows CRC’s timeline, Silver Line Phase 2 won’t officially open until late October 2022 at the earliest, a year-long delay compared to what was announced earlier in 2021.

Even MWAA’s preferred timeline would still push the start of service back to May or June 2022.

MWAA spokesperson Marcia McAllister says the authority remains “hopeful” that the contractor can complete the necessary work by the end of this year. She explained that both the contractor and MWAA make timeline estimates based on “their own knowledge base, but just come up with different results.”

“We will continue to work with them, talk to them, and encourage them to speed up the work they are doing,” McAllister said.

Keith Couch, project executive for Capital Rail Constructors, told Reston Now that the contractor group is open to discussing with MWAA about how to move the project quicker and get it done by late this year.

“We are in the testing phase of the project which is very dependent on coordinating and finalizing testing with MWAA and WMATA, including scheduling of the next outage at Wiehle Avenue and the review of test reports,” Couch wrote in a statement. “While based on the information available at this time our schedule shows an April 2022 substantial completion date, there are opportunities through collaboration with MWAA and WMATA to improve on that date and complete the project by later this year.”

One of the tasks that still needs to be completed is the full connection of Phase 2 to Silver Line Phase 1, which opened in 2014. The Wiehle-Reston East Metro station was shut down for a weekend in June so crews could work on the linkage, but the task wasn’t completed.

MWAA has said that an additional shutdown is needed to complete that work. Dates for that shutdown have yet to be announced.

McAllister says MWAA is working with the Washington Metropolitan Area Transit Authority to find dates that work for all, but the two agencies have yet to make a determination on when the second Wiehle station shutdown might happen.

According to MWAA’s monthly report, CRC has proposed a timeline where the Phase I integration work will be completed in October.

The timeline disagreement is another wrinkle in the long-running saga of the $2.8 billion public transportation project to extend Metro from Reston into Loudoun County with six new stations.

Many are growing impatient with the consistently-delayed Silver Line Phase 2, which originally was set to open in 2018.

“We really, really want to get this project done as soon as possible,” McAllister said. “We understand the community’s needs to have Silver Line Phase 2 open.”