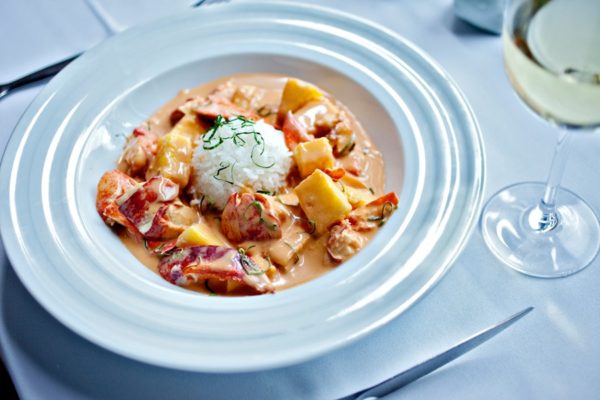 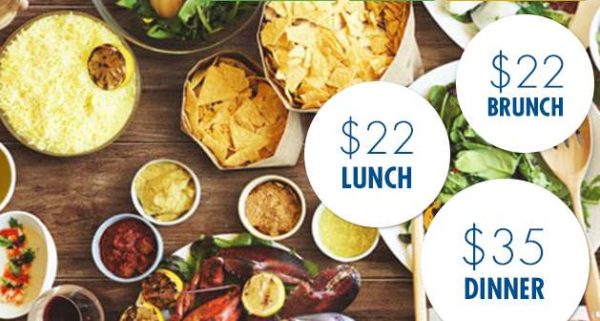 More than 200 restaurants in the District, Maryland and Virginia are set to participate in the event, which takes place from Monday, August 12 to Sunday, August 18. Restaurants will offer brunch and lunch for $22 and dinner for $35.

In Reston, four eateries will provide discounted lunch and dinner:

Restaurant menus have not yet been posted on the event’s website. Guests taking part in restaurant week can also sign up for a diner rewards program, which gives guests who opt-in exclusive access to deals on meals and prizes.

The event is organized by the Restaurant Association of Metropolitan Washington, a regional trade association that represents restaurants and the food-service industry in the DC-area. 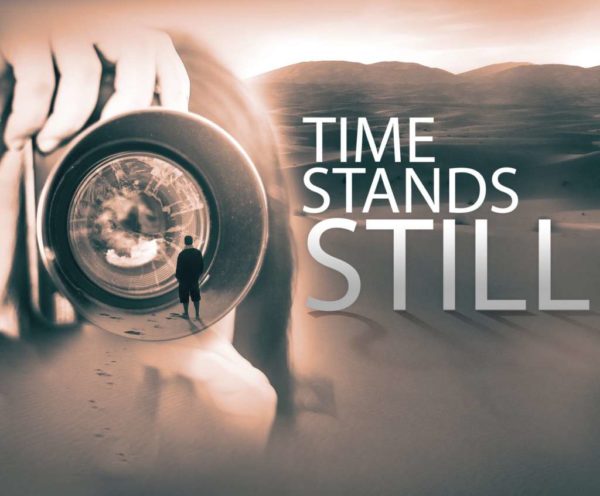 There’s plenty to do around Reston this weekend in addition to the many events for Reston’s 34th annual Martin Luther King Jr. Birthday Celebration.

If you’re looking to avoid the cold weather, plenty of indoor activities are scheduled for this weekend.

Stuff the Bus (9:30 a.m.-4:30 p.m.) —  Head Herndon’s Fox Mill Giant (2551 John Milton Drive) to support Helping Hungry Kids as a part of “Stuff the Bus,” which takes place at various locations around the county to benefit local nonprofit food pantries. Fairfax County Board of Supervisors Chairman Sharon Bulova will join the event at 11 a.m. to assist with the food collection and also discuss the county’s resources for people impacted by the federal government shutdown.

“Time Stands Still” auditions (1-4 p.m.) — The Reston Community Players is looking for people to come audition for a show that examines the lives of one couple making a living out of documenting the horrors of war. The auditions, which will be held at 266 Sunset Park Drive in Herndon, will consist of cold readings provided that day. Auditions will also be held at the same time and place on Sunday.

As Winter Restaurant Week winds down this weekend, foodies in Reston and Herndon may have noticed some changes to their dining options in an area. Over the last few years, the food scene has seen newcomers pop up and long-established restaurants close.

(For comparison, Winter Restaurant Week in 2016 featured eight Reston-area participants. That’s double the number of participants for this year and 2018.)

It’s a new year with new food. Openings already nearing for some of the seven restaurants coming to Reston and Herndon in the first three months of 2019.

Foodies, let us know your thoughts about which dining option the food scenes in Reston and Herndon really need. 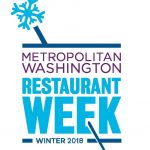 More than 250 restaurants in the District, Maryland and Virginia are participating in the event, which kicked off on Monday.

In Reston, four eateries are also taking part. Restaurants will offer three-course lunch and brunch menus for $22 and a three-course dinner for $35. The annual event is sponsored by the Restaurant Association of Metropolitan Washington. 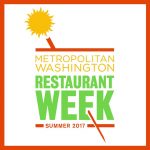 A handful of Reston restaurants will be taking part in Metropolitan Washington Restaurant Week next week.

Reston restaurants that will be participating in the weeklong event include:

There are also numerous participating restaurants elsewhere in Fairfax County including in Tysons Corners, Fairfax and McLean.

Some of the restaurants are planning additional specials beyond the discounted meal deals. 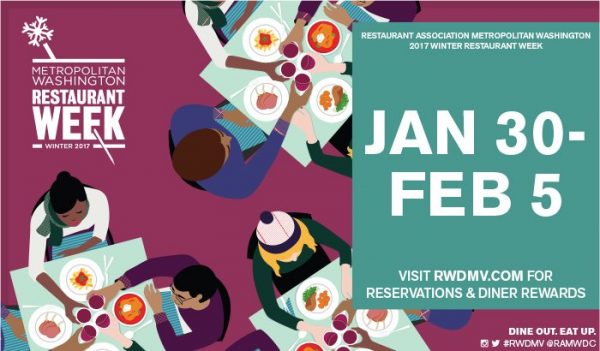 A couple Reston eateries are set to offer meal deals as part of the Restaurant Association Metropolitan Washington’s Restaurant Week this winter.

The Melting Pot (11730 Plaza America Drive) and PassionFish (11960 Democracy Drive) are scheduled to participate in the annual event from Monday, Jan. 30, to Sunday, Feb. 5.

The restaurants are slated to serve $35 dinners from prix fixe menus. The Melting Pot also is set to have a $22 multi-course brunch, while PassionFish is slated to have a $22 lunch with various courses. 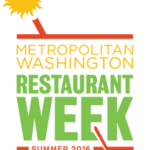 Crowds are thin at restaurants from K Street to Leesburg this week. So its a good time to try out the places where getting a table is usually tough at Metropolitan Washington Summer Restaurant Week, which begins today and runs through Aug. 22.

More than 200 restaurants in Virginia, DC and Maryland will participate. They are offering special prix-fixe, three-course meals that will be $22 for lunch and $35 at dinner.

See the entire list of participating Virginia restaurants and make reservations on Open Table or on the Restaurant Week website.

Want to take advantage of August’s thin crowds at some of the area’s most popular restaurants? Then make plans now for Metropolitan Washington Summer Restaurant Week, which runs Aug. 15 to 22.

More than 200 restaurants in Virginia, DC and Maryland will participate. They are offering special prix-fixe, three-course meals that will be $22 for lunch and $35 at dinner.

Here are the Reston restaurants participating: The Melting Pot,  Morton’s and Passion Fish.

See the entire list of participating Virginia restaurants and make reservations on Open Table or on the Restaurant Week website.

After several days hunkered down at home, you may be ready to get out.

Metropolitan Washington Restaurant Week started Monday and may have just what you need.

Visit the Restaurant Week website to make reservations and see the entire list of participating restaurants in D.C., Maryland and Virginia.

Restaurant Week, a project of the Restaurant Association Metropolitan Washington, has been extended through Feb. 3 due to the weather.

Participating restaurants in and near Reston include:

Sneak Peek: New and existing Uber users who ride two times between Aug. 4-14, anywhere in the DMV area are eligible to win a VIP Summer Restaurant Week Sneak Peak at one of five participating restaurants. Use the Uber Promo Code DCPreviewNight before each ride to be entered for a chance to win.

Uber will randomly select five riders on Aug. 15 as winners. The winning riders, and a guest of their choice, will be picked up and driven to their dining destination on Sunday, Aug. 16, where they will enjoy an exclusive Restaurant Week dinner including appetizer, entrée and dessert. Participating Sneak Peek Restaurants include Jaleo – Bethesda, TICO, DBGB, Casa Luca and Chima Brazilian Steakhouse.

Restaurant Week Lunch Giveaway: Listeners of 94.7 Fresh FM will get the chance to win lunch with Tommy McFly, Kelly Collis and Jen Richer of The Tommy Show during Summer Restaurant Week. From Aug. 10-14, listeners will call in live to The Tommy Show when they hear the prompt for the restaurant of the day. Tommy, Kelly and Jen will then select one lucky winner per day to join them, with a guest, for lunch at Teddy & The Bully Bar, Cuba Libre, Indigo Landing and more.

Diner Rewards Program: This gives restaurant-goers the opportunity to win prizes, including a weekend getaway in New York City, ticket giveaways to Washington City Paper events, tickets to the annual Old Ebbitt Grill Oyster Riot, and a Restaurant Week Diner Reward Card for one year of dining out at participating Restaurant Week restaurants.

To enter, make reservations through the NEW Restaurant Week URL: www.rwdmv.com and then dine out. Diners who opt-in to receive emails about exclusive deals on meals from RAMW when making reservations through www.rwdmv.com will be automatically eligible and entered to win at random. (Winners will be announced in September 2015 at the Restaurant Association Educated Eats Fundraiser event. Winner(s) are not required to be present to win.)

Three Reston restaurants will be among the more than 200 participating in the event sponsored by the Restaurant Association of Metropolitan Washington (RAMW). Restaurant Week runs through Jan. 25.

RAMW is also sponsoring a Restaurant Week social media contest. Diners are encouraged to snap and post pictures to their Instagram accounts while out at participating restaurants. Diners who follow RAMW on Instagram (@RAMWdc), use the hashtag #DMVRW and tag the participating restaurant will automatically be eligible to win prizes including roller derby tickets, brunch gift certificates, cookbooks and a grand prize of two tickets to the 33rd annual RAMMY Awards and Gala.

Participating establishments are offering three-course lunches for $20.14 and dinners for $35.14 per person.

It is a great chance to try a variety of restaurants and more affordable prices.