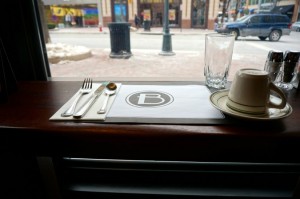 For the second time in two years, Fairfax County Supervisors are considering a meals tax referendum.

Adding a 4-percent meals tax could give the county (and its services and public schools) an additional $90 million annually.

The idea, which the supervisors will discuss at their April 26 meeting, was last discussed in 2014, when county officials were looking at a strained budget. Ultimately, a task force examined the idea, but the supervisors decided not to hold a referendum. County residents last voted on the idea in 1992. It failed.

But times have changed. Aftereffects of the recession that began in 2008 have left home values flat as the county population and need for services has grown, putting the county budget in an annual battle, supervisors say.

The supervisors are likely to approve next week the $3.99 billion budget for Fiscal Year 2017. That budget will include a tax rate rise of 4 cents per $100 of home value, or about $303 for the average Fairfax County homeowner. The county will give about $2 billion to Fairfax County Public Schools.

Most surrounding jurisdictions, including Arlington, Alexandria and the towns of Herndon and Vienna, and the District of Columbia have a meals tax. Does that prevent you from eating in restaurants in those locations?

Meanwhile, grassroots efforts have popped up on both sides of the issue. Several local restaurant groups are against the idea, while many school board members and school advocates say diversifying the tax base is the only way to stave off cuts to services.

What do you say?