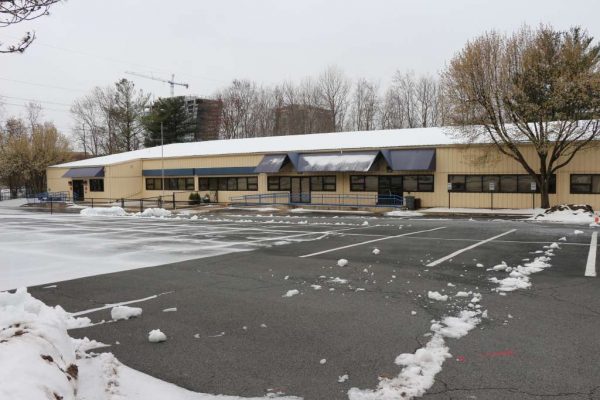 A developer has submitted an application to rezone another property off Sunset Hills Road near Wiehle-Reston East Metro station to residential use.

Faraday Partners LLC has made the request for 2.9 acres at 1808 Michael Faraday Court to become a multifamily dwelling area. The Washington Business Journal reports the proposed project is a seven-story apartment building with up to 261 units.

Quoting the statement of justification, the project is described as drawing upon “traditional motifs that are reminiscent in design, height and historic loft-style industrial buildings found in revitalized urban areas.”

Michael Faraday Court is a short road off Sunset Hills with no outlet. In addition to the property in question, it is home to the SkateQuest facility and an office building.

A 2-acre portion of the site is currently zoned I-5 (general industrial), while the other nine-tenths of an acre is zoned I-4 (limited industrial). The site is the former home of the Academy of Christian Education, which moved to Parkridge Boulevard last year.

This is just another in an ever-growing list of residential projects proposed for the corridor east of Wiehle Avenue. Others include:

Numerous additional projects are in the works on the west side of Wiehle Avenue as well. In 2014, Fairfax County reworked Reston’s land-use plan to encourage such development in the area of the Wiehle-Reston East Metro station, as well as the future Reston Town Center and Herndon stations.

“In the future, the three station areas could become home to a total of 30 million square feet in offices and 28,000 housing units,” the county said in its announcement of the plan’s revision. “The plan aims to make [the Wiehle-Reston East] station area an education-focused neighborhood with housing that is well-connected to transit by new walkable streets.”