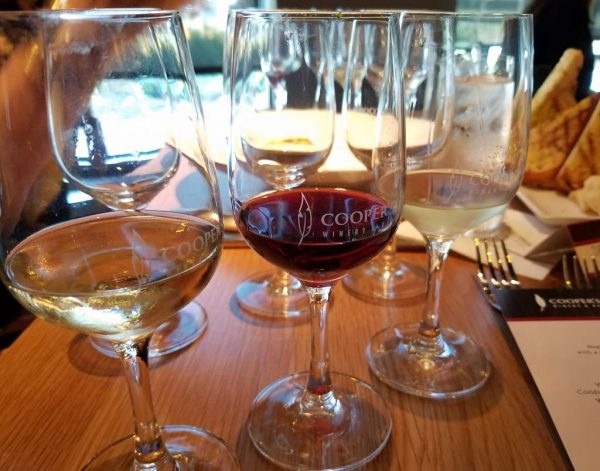 In March 2015, JBG Companies (now JBG Smith) announced that Cooper’s Hawk would be the anchor tenant of the 40,000-square-foot RTC West development. With its opening this morning, the Reston location becomes the 30th Cooper’s Hawk restaurant in the nation. It is the third in Virginia.

The 9,365-square-foot restaurant also features a 522-square-foot mezzanine area. It has “a lively tasting room and market, indoor dining for 196 guests, outdoor dining for seating for 146, and a private event space that can accommodate up to 44,” according to a recent press release from the restaurant. More than 200 employees were hired this summer.

A ribbon-cutting ceremony for the new restaurant was Saturday night, Around Reston reports.

The restaurant’s menu includes items such as candied bacon and artisan cheeses; gnocchi bolognese with braised short rib; Southern hot chicken; pan-roasted barramundi; shrimp and scallop risotto; and wild mushroom-crusted chicken. In addition, more than 40 wines — produced at the Cooper’s Hawk winery in Illinois — are available to customers. Each menu item has a wine-pairing suggestion.

One of the restaurant’s most popular features, its representatives say, is its Wine Club. Members are privy to special wine offerings each month, as well as monthly Wine Club dinners and tastings.

Work also continues on other buildings in the RTC West development that will soon house six more restaurants, a nail salon and a Starbucks. The other restaurants on site will include Punjabi by Nature, The Black Squirrel, Honeygrow, BGR The Burger Joint, Mezza Mediterranean Grille and Nando’s Peri-Peri.