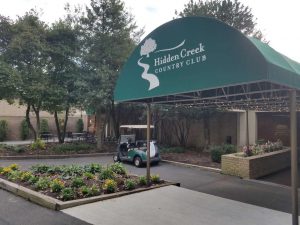 According to an email sent by the country club to its members Tuesday, real-estate developer Wheelock Communities purchased the club earlier this week from its previous owner, Fore Golf Partners. According to the email, signed by Fore Golf CEO Charlie Staples:

Wheelock owns properties along the East Coast and in Texas that range from private golf clubs to large master-planned communities, to luxury waterfront condominiums and urban mixed-use projects. They look forward to becoming part of the highly respected Reston community.

Fore Golf will continue to manage the club for the new owner, according to the email, and club memberships will be unaffected by the change in ownership.

In the email, it is announced that Wheelock plans to invest more than $300,000 in upgrades to the club. This is to include upgrades to the club’s dining and events facilities, the lobby, and the locker rooms. A new fleet of golf carts is also expected to arrive in December.

More “potential changes” are listed, though:

Over the next few years, Wheelock will be working in partnership with the club members and the Reston community to explore potential changes to the property that could provide the Reston community with additional public amenities, environmental benefits and new housing choices.

It has long been feared by community advocates including Rescue Reston that both Hidden Creek and Reston National Golf Course will become the sites of residential development as Reston expands. A specific question about Hidden Creek’s future came up during Monday’s community meeting about potential changes to Reston’s Planned Residential Community (PRC) district. Fred Selden, director of Fairfax County’s Department of Planning & Zoning, said any developer that wishes to build residential units upon Reston’s golf courses would have hurdles to overcome.

“One of the things that the plan that was adopted in 2015 did was explicitly call the golf courses as planned for golf courses and to remain as golf courses,” Selden said. “I can only speak to what kind of development can occur. It’s planned for a golf course. If somebody wants to develop it in some other fashion, they have two options: They have to prove that they have some kind of property rights to build, or they have to come in and request a change to the Comprehensive Plan.”

The new ownership team is offering Hidden Creek members the chance to meet them for the first time next week.