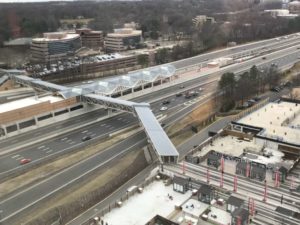 In an announcement on Tuesday, the Washington Metropolitan Area Transit Authority said it has issued a request for proposals in order to seek private contractors who can operate and maintain the new stations, trains, and facilities.

WMATA said the move was necessary in order to control operating and maintenance costs, including future pension costs, which it says have “grown to unsustainable levels.”

“We are leaving no stone unturned as we look for opportunities to maintain transit service for the region and protect jobs, all while living within our means in light of what our funding jurisdictions can afford,” said Metro General Manager and Chief Executive Officer Paul J. Wiedefeld.

Bids are due on Jan. 15 and a contract will be awarded in the spring.

Officials said the move will not result in job losses for Metro’s current workforce. They also noted that transit agencies in Hong Kong, London, Melbourne, and Beijing have had success in contracting some or all rail services through public-private partnerships, resulting in “improved on-time performance, reliability, operating efficiencies and cost savings.’

The Silver Line extension project is tentatively scheduled to open in 2020.