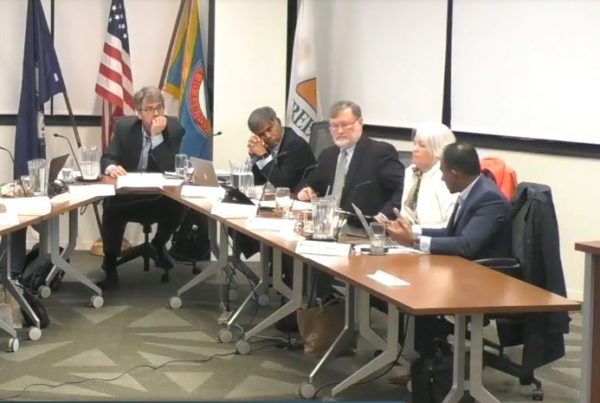 Reston Association is set this week to take up contentious proposed zoning changes that would increase the population density in Reston.

This upcoming meeting will focus a motion to oppose the zoning proposal and also consider approving $22,500 from its cash reserves to increase next year’s staff training budget at the public meeting tomorrow (Thursday) at 6:30 p.m. at RA’s headquarters (12001 Sunrise Valley Drive).

The proposal would increase the maximum allowed population per acre in the Planned Residential Community (PRC) district — Reston’s primary zoning district — from 13 persons up to 15. The current density is roughly 12.46 people per acre.

Several community groups, including the Coalition for a Planned Reston and Reston 2020, are fighting the move. They argue that the proposed amendment is rushed through and under-explained.

Fairfax County’s Board of Supervisors clashed over community input on the proposed zoning changes at their Dec. 4 meeting, before authorizing public hearings on the proposal for 7:30 p.m. on Jan. 23 and 4:30 p.m. on March 5.

On the heels of adopting the 2019 operating and capital budgets for next year, RA’s Board of Directors will also consider whether or not to use $22,500 from the operating reserve funds for 2018 to expand the 2019 fiscal year budget for staff training and development.

The RA also will consider revisions to the third draft of the election schedule and receive the treasurer’s report. RA is also set to approve Sharon Canner as the chair of the 55+ Advisory Committee and Nancy Malesic as a member of the Environmental Advisory Committee.

The draft agenda for the meeting is available online.