Plans to redevelop Golf Course Plaza, a three-acre parcel on the west edge of Isaac Newtown Square, are back on the books after they were put on hold in 2017.

The latest proposal, which was submitted to the county on April 3, scales back the number of residential units from 413 to 300. The property (11480 Sunset Hills Road) is currently home to a two-story office building built in 1971, surface parking, and resource protection areas on the northeastern edge.

A “modern and sustainable” multifamily building with up to 300 residential units would take up most of the site, according to the development proposal. The building will face Hidden Creek Country Club and open space will act as a buffer between the building and the Washington & Old Dominion Trail.  A commercial component — which was not discussed in detail in the application — will connect the trail and a public plaza to the building. Part of the trail crosses the property’s access drive. The developer said it is working with the Northern Virginia Regional Parks Authority to address the issue. 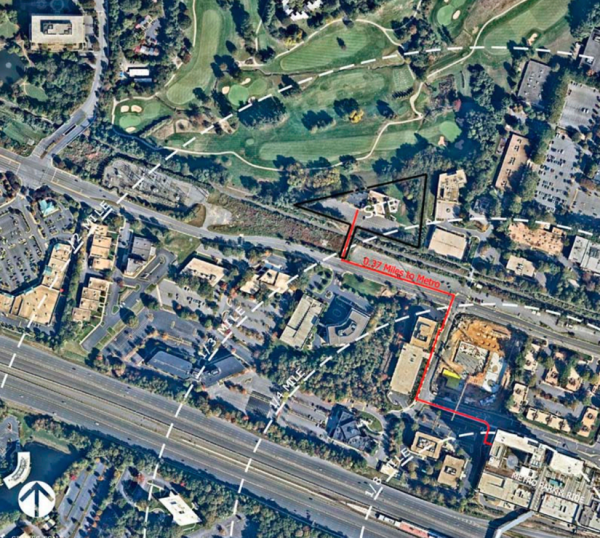 Just under 0.8 acres of the parcel is planned as public park space. Part of the property is reserved for a future public street — often referred to as the “road to nowhere” — to connect American Dream Way to the west with Wiehle Avenue to the east.

Previous plans submitted in 2016 were deferred by the applicant in September 2017.