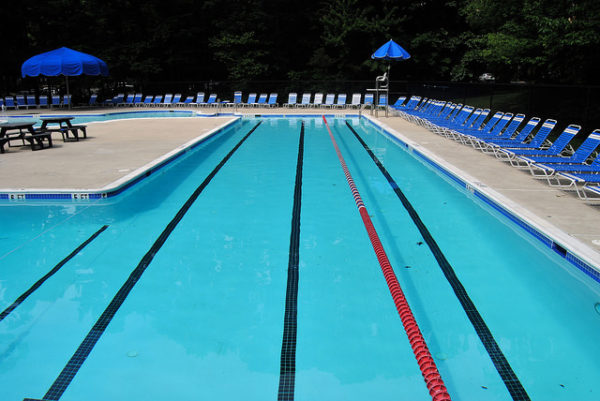 The state’s Department of Labor and Industry issued fines in October 2018 after an investigation found “numerous violations” regarding minors employed as aquatics attendants or lifeguards, according to an August 2018 inspection report obtained by Reston Now.

Child labor law violations included minors working more than eight hours a day and more than 40 hours a week. The investigation also found that some minors were working without any indicated breaks, employment certificates or lifeguard certificates.

The most common violation cited in the investigation was allowing minors to work more than eight hours a day. Virginia’s child labor laws allow minors between ages 14 and 15 to work a maximum of eight hours per day on a non-school day. Work hours depend on school schedules and the type of occupation.

Mike Leone, RA’s spokesperson, declined to release any information about the citation, including whether or not it was disputed by RA or how RA is working to ensure issues flagged by the investigation do not occur again.

“As previously communicated, RA does not comment publicly on personnel-related matters,” Leone wrote in an email. Additionally, RA’s policy states that only RA’s board president, CEO and spokesperson are authorized to speak to media.

Sources told Reston Now that the investigation was discussed in closed session during a Board of Directors meeting at a date that was not identified.

Due to the lack of qualified candidates, some aquatics facilities were changing hours or closing facilities as they step up efforts to hire for seasonal positions.

Staff shortages when schools were in session prompted the closures of several pools operated by RA. Leone told Reston Now the shortages were resolved on June 23 when 14 of the 15 pools operated by RA were open. New applicants were on-boarded and completed training courses, and more employees were available due to the end of the school year, Leone said.

A source familiar with the state’s labor law investigation and on-boarding of lifeguards, however, said that part of the reason for delays in opening the pools was because lifeguards did not have required safety certifications to begin working — an issue that was spotted by administrative staff “far too late” once pools were already scheduled to open. Certifications were expired or still in the process of being received, the source said.

Others chose not to return due to alleged mismanagement of aquatics facilities.

“Some people felt they were overworked and thrown into the job without on-boarding,” a source, who spoke on condition of anonymity due to fear of reprisal, said.

Leone said that some staff members were unable to begin working or register for courses due to personal schedules and commitments until the end of the school year. Once courses were completed, the shortage was alleviated.

“In light of our short window of operation (four months [from] May-Sept.) and onboarding process, we do conduct some interviews prior to applicants’ completion of lifeguard training classes for efficiency to avoid delays, an offer is contingent upon completion of the certification course and skill assessment,” Leone wrote.

As the number of lifeguard applicants has declined over the last five years, RA moved to change staffing structures by hiring desk attendants and pool operators to serve as stand-alone positions from lifeguards.

In the future, RA plans to address staff shortages at pools by exploring increases in hourly rates for lifeguards, changes to the pool schedules during peak hours and other recruitment and retention efforts.