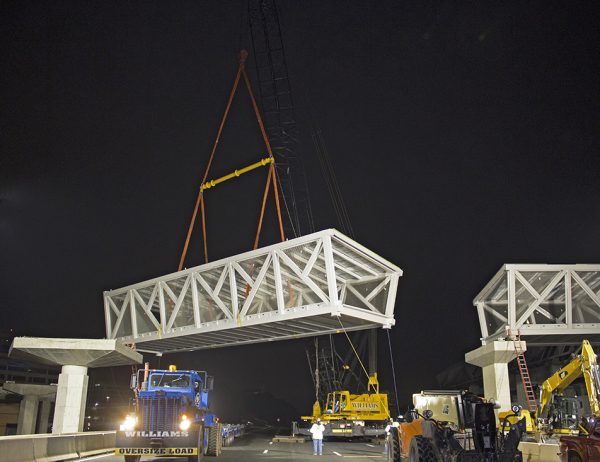 The Metropolitan Washington Airports Authority reportedly wants to open the six-station second phase from Wiehle-Reston East to Loudoun Gateway and Ashburn next July.

Mark Canale from the Fairfax County Department of Transportation provided the Board of Supervisors with an update on the project today (Tuesday) at the Transportation Committee meeting.

Currently, dynamic testing and safe breaking testing are taking place for the project, he said.

Canale said that there are “four issues that are ongoing right now.” The issues include problems with concrete and leveling.

This isn’t the first time the project has run into problems. Earlier this year, defective concrete rail ties put the tracks out of alignment.

“This is a big project and an important project,” Chairman Sharon Bulova said. “I think it’s absolutely critical that when something is not getting done correctly, that we don’t brush over it and that we hold the contractors’ feet to the fire.”

Braddock District Supervisor John Cook said that the safety concerns should be taken seriously. “It will kill us,” he said.

Cook stressed that he wants transparency and honestly around the issues so that they can get fixed.

In addition to the issues facing the project, Canale said that riders can expect several weekend closures at the Wiehle-Reston East Metro station in the coming months as work on the Silver Line project continues.

The first closure — which has been approved already — would last from Oct. 5-7. The following month, riders can expect closures from Nov. 9-12 and Nov. 30-Dec. 2.