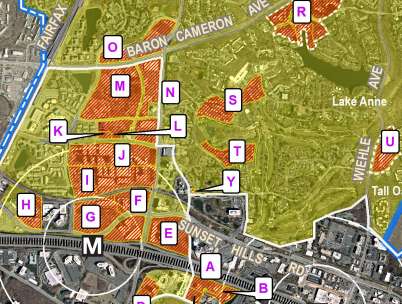 Work on updating the Reston Comprehensive Plan is underway as the inaugural meeting of a planning task force kicks off next month.

The Reston Comprehensive Plan Task Force, which includes residents, business and industry professionals, and other individuals, will meet virtually on May 11.

Taskforce members are expected to be announced later this work, according to Hunter Mill District Supervisor Walter Alcorn’s office.

“There is a lot of work to be done so we will schedule meetings every two weeks,” according to Alcorn’s most recent newsletter.

In his first board matter in January, Alcorn initiated the public participation process to begin mulling changes to the plan, which was last updated five years ago.

Alcorn has stated that updates to the plan will need to consider the most appropriate balance between current and future development, infrastructure, and the environment.

Since the plan was last adopted, more than 30 rezoning applications have been approved by the county, including major placemaking applications in Reston transit-oriented areas.

The review and public engagement process is expected to take up to 18 months.

The plan, which guides the pace and nature of development was first adopted in July 1962 and updated periodically since then.