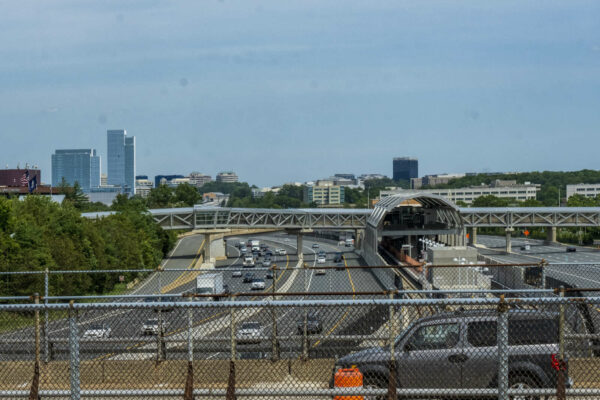 A newly proposed timeline for Silver Line Phase 2 pushes the date for substantial completion of the project to May 19, 2022, nearly one month later than previously suggested.

The date comes from contractor Capital Rail Constructors and was included in the Metropolitan Washington Airports Authority’s July monthly report, which was finished on Aug. 26 and released on Wednesday (Sept. 1).

Like before, MWAA says in its report that it disagrees with the contractor’s projected “longest path” timeline.

“Based on the remainder of work to be accomplished, the Airports Authority believes that the Substantial Completion date can be accomplished within Q4 2021,” the report says.

The business was contractually obligated to complete the project in August 2019, MWAA spokesperson Marcia McAllister said.

A phase known as Level F testing began this week and could last several weeks, she said. While components work on their own, this process helps ensure that the entire system works together.

“We are in the testing phase of the project, which is very dependent on coordinating and finalizing testing with MWAA and WMATA, including scheduling of the next outage at Wiehle Avenue and the review of test reports,” Keith Couch, project executive for Capital Rail Constructors, said in a statement.

The Wiehle-Reston East Metro station was shut down for a weekend in late June so workers could tie together the Silver Line’s first and second phases, but some tests were not completed over those two days, so another outage is needed.

WMATA says it typically provides information about planned track work about eight weeks in advance. As of today (Friday), no notice about a Wiehle station shutdown has been posted.

While the new timeline extends the substantial completion date from April 21 to May 19, Capital Rail Constructors suggested that the completion could shift to this year.

“While based on the information available at this time our schedule shows a May 2022 substantial completion date, there are opportunities through collaboration with MWAA and WMATA to improve on that date and complete the project by October of this year,” Couch said in the statement.

Matt Letourneau, a Loudoun County supervisor on the WMATA board of directors, said yesterday (Thursday) at a Northern Virginia Transportation Commission meeting that despite the contractor placing the substantial completion date into 2022, the Airports Authority has not changed its fall 2021 timeline.

Substantial completion represents the moment when MWAA will be ready to hand the 23-mile extension over to the Washington Metropolitan Area Transit Authority. Officials previously expected Metro to take control of the project by Labor Day, but MWAA admitted in early July that it won’t make that deadline.

After the substantial completion, it will still take at least half a year before the line can begin operating publicly, since Metro needs to conduct its own testing, training, and other activities, a WMATA presentation in July noted.

Preliminary construction for Phase 2 began in 2014. It was originally supposed to open in 2018.