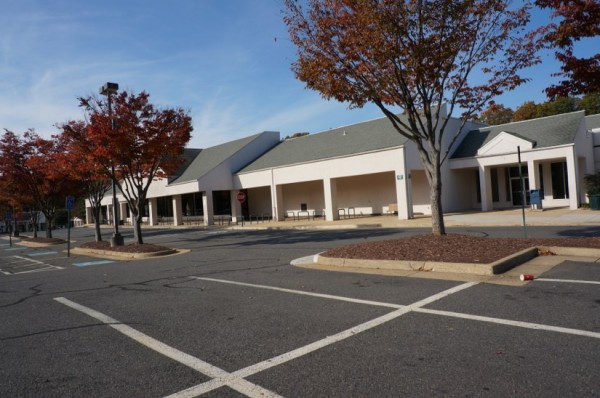 It’s a crucial time for Reston. The “new town” is now more than 50 years old. And old, when it comes to structures built in the 1960s and ’70s, sometimes means obsolete — or at least out-of-date or inefficient.

Both were built in the early 1970s. Both thrived for years, then met a sad decline. Finally, this week, the Fairfax County Board of Supervisors gave final approval to owners to redevelop the industrial/commercial properties into low/medium density residential neighborhoods.

Even though Tall Oaks served as a neighborhood retail destination for decades, it never quite was the “village center” gathering place Bob Simon envisioned when he founded Reston.

In the last few years, mounting competition from nearby shopping, particularly grocery stores, led to increased vacancies at the plaza on North Shore Drive. Since Giant Foods left in 2007, many smaller retailers followed, and now Tall Oaks sits only 13 percent occupied.

API too was a vibrant place from 1974 to 2012. Not only was the building designed by famed architect Marcel Breuer, it was a space in which hundreds of well known journalists attended trainings and seminars.

But, perhaps emblematic of the changing news industry, API merged with the Newspaper Institute of America in 2012. The headquarters, a Brutalist building on a nice wooded lot at Sunrise Valley Drive and Roland Clarke Place, has been empty ever since.

Both redevelopment proposals received community backlash. Tall Oaks supporters insisted the center, even with 70s-style stucco and an anchor space much too small for a modern grocery store, could thrive again with proper management. At public meetings, they recalled the convenient, old days of walking to Giant for a loaf of bread — and reiterated that walking to retail was what Simon envisioned for Reston.

For API, the efforts for repurposing came late in the game. Led by a former staffer, the grassroots effort focused on the building’s place in history — it is the only Breuer-designed structure in Virginia — and looked at repurposing options such as a public library.

For both properties, leasing agents and owners said there was virtually no interest from new tenants.

In the end, progress ruled. According to Fairfax County’s Comprehensive Plan and Reston’s Master Plan, the county planning commission and the board of supervisors must rule on redevelopment on the merits of a project, not on its place in the past (unless it has historic designation, which neither Reston project did).

That brings up the question of which is better — to remain rooted in nostalgia and Reston history even if means a long-vacant property, or to demolish buildings that are past their usefulness and move forward into a new era in Reston?

Also, do you think this week’s rulings were an exception — or will they have a significant impact on future Reston projects? Stay tuned as several rather ordinary office parks are on the books with redevelopment proposals.

In other words, how much change do YOU want here?