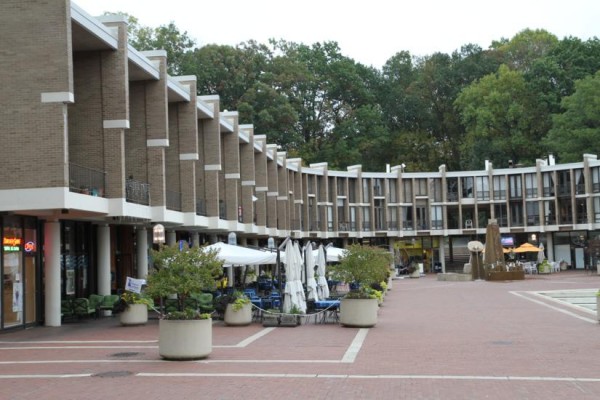 Lake Anne Plaza — the original Reston’s village center that is about to embark on a revitalization project that developers hope will transform the area — has had a string of business turnover news in 2014.

Is it a streak of bad timing, a sign of the economic times or a changing of the guard?

A little bit of all three, says Rick Thompson, president of the Lake Anne of Reston Condo Association, which oversees commercial space as well as residences at the plaza.

Thompson points out that many of the recent closings are from longtime store owners who had businesses at Lake Anne for dozens of years.

“Any set of businesses in any location are always going to go through periods of change,” he said. “Tastes change, businesses go through cycles.  I think there are a lot of different reasons at work here.

“Take the cupcake store. She rode the cupcake trend, but that’s probably in the rearview mirror now. Jasmine — he was in business 25 years, but he did not continue to invest in his business and it atrophied. Larry (Cohn, owner of the pharmacy) held on way past retirement. Linda Fuller (of Lake Anne Florist) ran her business a long time. She wasn’t ‘working for the man’ somewhere.”

So what will open at Lake Anne Plaza? It takes a certain type of business owner, but Thompson says he thinks space at Lake Anne will appeal to independent-minded, cost-savvy entrepreneurs. While there is no rule against chain stores at Lake Anne, the size of most storefronts usually deters businesses looking for a more uniform space.

“If it is the kind of business that makes sense here, it is a great location in a growing area,” he said. “It is an affluent economic [area] and there will be redevelopment nearby.”

But that can also work against the plaza, which has a voluntary merchants committee. Some shopkeepers keep irregular hours or do not maintain property properly.

Also impeding progress is Lake Anne Plaza’s historic designation. That means that the “horseshoe” part of the plaza cannot be altered, even if it means outdated entryways or tight fits for delivery trucks.

“There is no way to roll back the historical designation,” said Thompson. “It is already in the county code.  Is it better to have free reign and let the architecture go to hell? I don’t think anyone would want that.”

David Peter, president and CEO of Republic Land Development, which is redeveloping Crescent Apartments and the land surrounding Lake Anne Plaza, says the vacancies do not worry him. In fact, they help boost his plan that the Lake Anne area is ripe for higher density and renovation.

“I think this bolsters what we have been saying for two-and-a-half years — that this place needs to be revitalized,” he said. “We think we have a plan that will achieve that. Obviously, we hope other people will pick up where the others left off.”

Peter said Republic’s goal is to start construction in mid or late 2015.