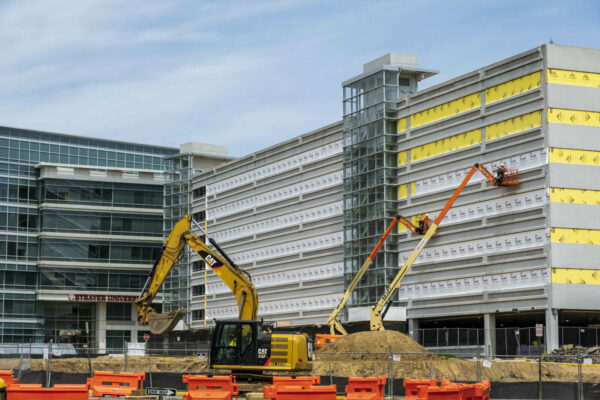 Reston has seen a noticeable uptick in development over the past half-decade, just as local officials hoped with the arrival of Metro’s Silver Line, but between the multitude of projects and their often similar names, it’s understandable if residents have lost track of what buildings are going up where.

Fairfax County has come up with a solution, introducing an online map that shows the status and location of zoning projects in the Reston Transit Station Areas (TSAs).

Launched Wednesday (July 28), the Zoning Activity Data Hub is the second part of a larger Reston Data Visualization Project that the Fairfax County Department of Planning and Development has been working on to make it easier for community members to track development and infrastructure changes in the area.

“The project is the first of its kind for Fairfax County,” the county said in a news release. “It focuses on enhancing data transparency associated with Reston development and infrastructure improvements, including information about mobility, parks, and zoning activity.”

Planning department leaders and the Hunter Mill District supervisor’s office came up with the idea for the data visualization project when the county’s Comprehensive Plan for Reston was amended in February 2014 to establish the TSAs, according to DPD Urban Centers Section Chief Suzie Battista.

The county released the first phase of the project in January with the launch of a Reston Transportation Data Hub, which has information about road projects, transit routes, and amenities for bicyclists and pedestrians.

The zoning hub features all proposed and approved zoning applications submitted to the county in the Wiehle-Reston East, Reston Town Center, and Herndon Metro station areas since February 2014.

Each project is outlined in a different color depending on whether the application has been approved, denied, indefinitely deferred, or is in process. The arrow by the project name leads to links to images of the site and the application documents.

While the map is currently static, county planners told the Fairfax County Board of Supervisors in May that the data hubs will eventually be equipped to illustrate how Reston has changed over time.

Battista says the zoning activity hub will be updated “on an as-needed basis, such as when substantial zoning case are revised or new zoning applications are approved.”

The county says an Urban Parks Hub will be added to the data project “in the coming months.”

The proliferation of development around Reston comes despite repeated delays of the Silver Line Phase 2 project, which will extend Metro to Reston Town Center, Herndon, and into Loudoun County.

“Reston has millions of square feet of development with approved zoning that has not yet been built,” Alcorn said in a statement. “…These online tools are a step toward visualizing what the transit station areas (TSA) of Reston will look like if all the development that has been approved is actually built.”