Luxury two-bedroom condominiums starting in the low $400,000s are going up adjacent to an upscale apartment complex, The Ian, near the yet-to-open Herndon Metrorail Station.

The first of four buildings being constructed by NVR, the parent company of NVHomes and Ryan Homes, is slated to open up for sales at the end of this year with anticipated move-ins as early as April, the company tells Reston Now.

The development, dubbed The Flats at Woodland Park Station, includes two bedroom and two-bedroom-den condos, each with two bathrooms per unit. It’s located by a roundabout along Woodland Grove Place.

“Our two-bedroom and two-bedroom-den condos are arriving this Winter, with pricing from the mid $400s to the mid $500s – and these residences include more fine features than you ever imagined possible, plus the convenience of a building elevator serving all levels,” the company says on a promotional page for the development.

To build the four residential buildings with 96 units, the company got the county’s OK in 2019 to amend an approved plan from 2017, which would have involved creating a nearly 211,000-square-foot multi-family building for 148 units. The county’s Planning Commission’s Hunter Mill District representative, John Carter, noted at the time that the change allowed for more open space.

An NVHomes representative said the company expects all four buildings in The Flats at Woodland Park Station to be completed by the end of 2023.

The companies identified a parcel called Block E, abutting the Dulles Toll Road and Monroe Street, for two office buildings with the option for ground-floor retail.

Noting the proximity to the Herndon Metrorail Station, county staff noted a development plan called for office buildings to be 16-stories and 14-stories tall, each with five levels of above-ground parking.

Crews leveled the previously forested area to make way for the developments, and the vacant parcel could be developed with high rises, even as the pandemic has led many companies to rethink the need for the commercial office space that they used to require.

Townhome prices along the Silver Line extension saw prices increase this year, though the real estate industry has noticed pullbacks from a buyer frenzy. 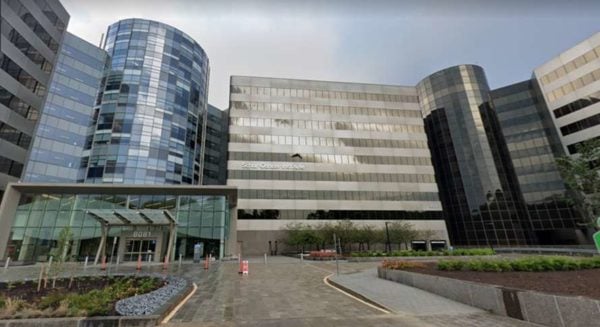 Four proposed condominiums near Woodland Park Crossing are headed to the Fairfax County Planning Commission for a public hearing next Wednesday (June 12).

The new plans for Block C in the Woodland Park East development would include three public open spaces and one private open space.

The rest of the development includes:

Planning Commission staff recommend approval of the development, according to the staff report. 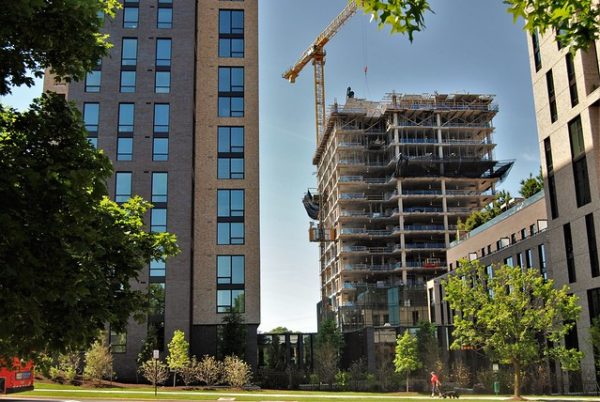 Three Local Businesses Make Fortune 500 List — Leidos Holdings and NVR in Reston made it to the Fortune 500 list of the largest publicly traded companies in the country. Fortune magazine published this year’s list yesterday. Beacon Roofing, a Herndon-based company, also had a spot on the list. [Fortune]

Sportsters Camp Registration Now Open — Registration for the camp, which encourages skill building and sportsmanship, is open online now. The camp, which runs form June 17 through July 26, is for children between 6 and 9 years old. [Reston Association]