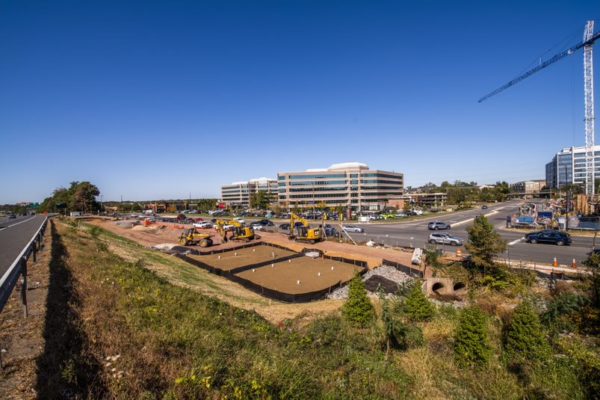 The construction of a series of stormwater ponds to collect and treat runoff from phase two of the Silver Line is underway.

A spokesperson for the Dulles Corridor Metrorail Project says that four of the 15 stormwater management facilities along the extension project have been completed.

The largest facility is wetlands constructed near the county’s garage south of Herndon Station.

“The project elected to adopt the new standards for the benefit of the public,” he said.

Here’s more from the Dulles Corridor Metrorail Project on the projects:

They have varying features from dry swales with specialized filters to manmade wetlands that contain multiple bioretention pools to treat stormwater flow.

While the stormwater management facilities in Phase 1 were designed primarily to prevent flooding, the ones that were built in Phase 2 were designed to also remove pollutants while retaining runoff.

Special grasses and plants are planted within the Phase 2 ponds, while locally appropriate trees. 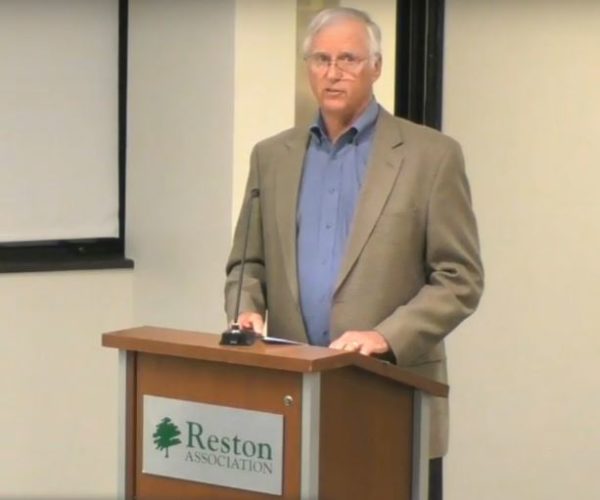 The Reston Association’s Board of Directors received a summary last week of the second annual report about the state of the environment in Reston.

The second RASER updates all of the topics addressed in the first one, along with adding new topics and recommendations. The results of the first RASER arrived in January after it was published last July.

The report has 11 new recommendations, which include the following:

The report also has an analysis of 19 environmental attributes — rating them on a scale of green (good), yellow (fair), red (poor) and undetermined — and adds in excerpts from Fairfax County’s Environmental Vision Document. “I feel confident as a community that we are way ahead of a lot of other county committees in meeting the revised vision document of the county,” Britt said.

Attributes that got a “green” rating include air quality, drinking water, wastewater treatment, hazardous and toxic waste and environmental education.

Streams received a bump from “red” to “yellow” status this year after more diversity than expected was found in them over the summer, Britt said, adding that almost half of Reston’s streams have been restored. Lakes and ponds, urban forests, landscaping, wildlife management and light pollution also got bucketed in the “yellow” rating.

Only one received the “red” designation: stormwater management. “When Reston first developed in the early 60’s and 70’s, the stormwater was typically shunted from development sites into nearby receiving sites as quickly as possible trough impervious surfaces,” Britt said. “This resulted in the streams not being able to handle the capacity of storm surges.”

South Lakes District Director Julie Bitzer said at the meeting that she has had a lot of residents talk to her about erosion and stormwater management, because of the amount of rain this year. “I think that is something we need to look at,” she said.

Britt encouraged the board to move away from the “band-aid approach” of expensive lake dredging to remove sediment and instead focus on soil erosion prevention, which he said will be a more cost-efficient choice for improving streams and water quality issues. He also suggested that the board empower residents to help by using low-technology solutions like rain gardens and also set higher standards for developers.

Britt also provided a breakdown of the progress of the 61 recommendations made in last year’s report. Two have been completed, while the rest include 14 lacking progress, 20 with limited work done and 25 with “substantial” progress.

“I don’t want anybody to get the idea that because only two were fully completed, that this designates some ignoring of these recommendations, because very few of the recommendations were what I would call ‘one and done,'” he said.

RASER recommendations will continue annually, while updates will come every other year, Britt said. The next updated text is expected to be released in 2020. 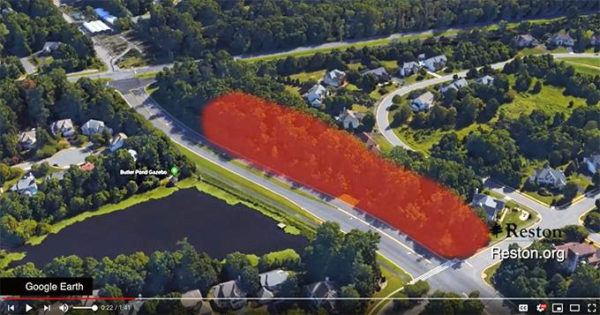 Reston Association will remove dozens of trees near Butler Pond after learning the trees that line the pond are in violation of a state requirement for dam safety. The problem was flagged last year.

RA staff’s said crews expected to begin the work in the beginning of September last year, but RA later realized the area where clearing was slated was larger than 2,500 square feet — kicking in a county requirement for an engineered plan and permits from Fairfax County, Nicki Bellezza, RA’s watershed manager, told Reston Now.

RA received permits last August and finalized a contractor after putting the project out to bid, she said. Roughly 126 trees larger than four inches in diameter will be removed by the end of the year, along with hundreds of other smaller trees.

Clearing the trees is necessary to ensure protection from floods and preserve the dam’s safety. The violation of the state requirement was found during a routine inspection of the pond, Bellezza said.

“Trees on the dam may look good but can lead to surface problems,” she said. The uprooting of trees can cause major voids in the embankment to surface and decaying roots can create cause the back side of the dam to slide. Also, in some cases, channels necessary for water to pipe through can become exposed, resulting in leakage and dam breaching, which can cause flooding of downstream homes.

Reston Association expects the work to be completed by the end of the year.

Butler Pond is located on the west side of Reston Parkway near the intersection with Route 7. It was created in 1989 and has a surface area of about three acres. 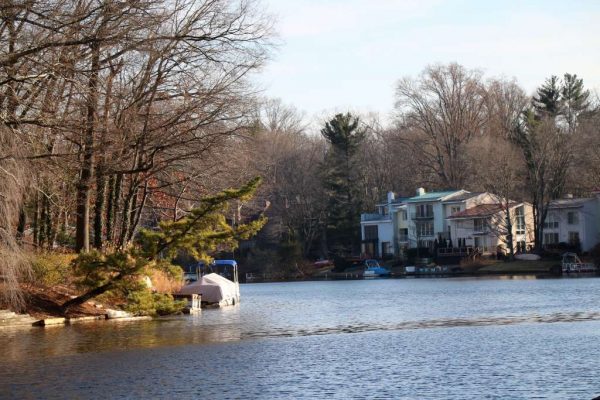 Pushed by ongoing development in the community, Reston Association committed to publishing an annual report about the state of the environment in Reston last year. Now, the results of the first Annual State of the Environment Report (RASER) are in.

The workgroup charged to lead the effort will present its findings at a community meeting on Thursday from 7-8 p.m. at the Walker Nature Center (11450 Glade Drive).

The nine-member group invested more than 1,000 volunteer hours to produce the report, which draws from interviews and documents from researchers, scientists and others.

“As urbanization expands rapidly, not only in Northern Virginia but also worldwide, there is a growing disconnect between people and nature. When people are isolated from nature, they perceive it as less relevant and more threatening, and its physical, emotional, and spiritual benefits are devalued. Consequently, interest in conserving and protecting the natural environment is weakened, and society comes to accept a lowered environmental quality as the new norm, ” according to the report.

In light of the limited use of tools to manage stormwater when Reston was developed, the study calls on Reston Association to track and block any requested waivers of stormwater management during the land development and redevelopment process.

Other recommendations include the following: 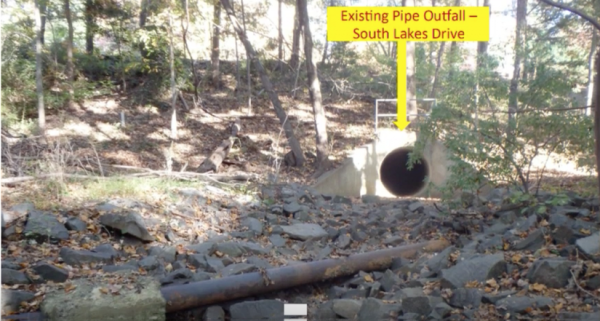 Erosion has contributed to the exposure of eight sewer lines in the hillside leading from South Lakes Drive to Lake Audubon. If significant action is not taken, Reston could face serious environmental and public health situation.

That was the takeaway from a long discussion at Reston Association’s Board of Directors meeting Thursday, where the board passed several motions to commit money to study the issue and continue pressing Fairfax County officials to act on the issue.

“This is a health hazard waiting to happen,” said RA land use attorney John McBride, who warned that recent events in Flint, Mich., where a money-saving effort to change the water supply resulted in dangerous lead contamination.

Granted, Reston does not get its drinking water from Lake Audubon, but it is a popular recreational spot, and boaters, swimmers and pets who enter the lake could be severely affected. END_OF_DOCUMENT_TOKEN_TO_BE_REPLACED 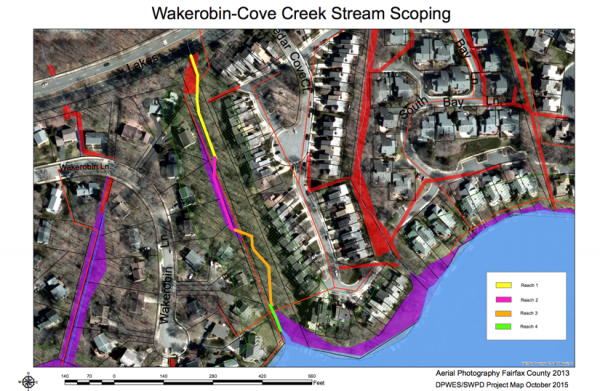 Reston Association and residents who live in neighborhoods across from South Lakes High School are increasing their efforts to bring awareness — and hopefully, action — about stormwater runoff eroding the land nearby.

Water from the school area runs under South Lakes Drive to a steep, downhill drainage ditch that runs between Cedar Cover Cluster and Wakerobin Lane into Lake Audubon. Fairfax County Public Schools officials say a planned 40,000-square-foot addition, as well as more than 100 additional parking spaces, will not add to the stormwater runoff.

Residents say they have dealt with soggy ground for years, and they expect the planned addition for the high school will only make the problem worse. Meanwhile, the school system applied for and received a waiver to meet updated runoff regulations, rather than new ones that went into effect last summer.

“Residents of Wakerobin and Cedar Cover Cluster have been plagued for more than two decades with the ever-growing ditch between our two developments,” Terry Maynard, a Wakerobin resident, told the RA Board in December.