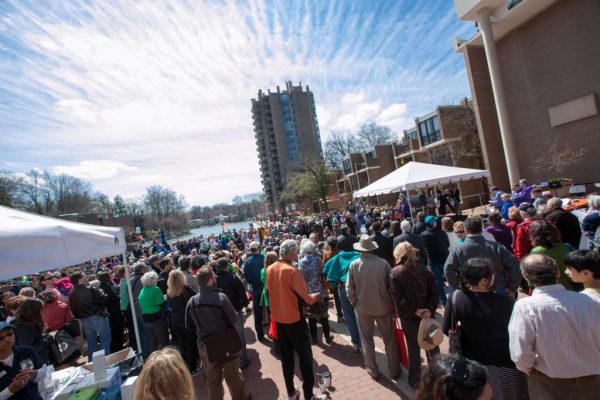 Robert Simon founded Reston in 1964. For the last 54 years, the community has celebrated Founder’s Day in the spring, around the date of Simon’s birthday.

The Reston Historic Trust and Museum is hosting the 55th annual anniversary on Saturday (April 6) with festivities around Lake Anne Plaza.

Attendees can also share their Reston stories with recorded oral histories from 1-3 p.m. at RCC Lake Anne. Meanwhile, exhibit enthusiasts can find several around the area including “Fine Lines” at the Jo Ann Rose Gallery, which features artists’ interpretations of lines. 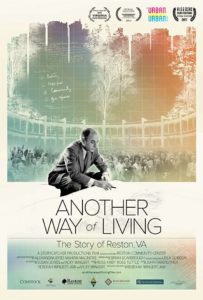 Just a few days after Founder’s Day, CenterStage at Reston Community Center will have a free screening of a Reston filmmaker’s documentary on Bob Simon’s vision.

Director Rebekah Wingert’s 2015 documentary “Another Way of Living: The Story of Reston, VA” chronicles Simon’s journey to creating his version of a suburban utopia.

Wingert grew up in Reston and returned to live there in the early 2000s.

“Another Way of Living” departs from Wingert’s other documentaries, which have focused on Palestinians.

Wingert’s latest production, “Naila and the Uprising,” tells the story of women fighting for freedom in Palestine. The documentary is part of the “Women, War and Peace II” series and is currently streaming on PBS. 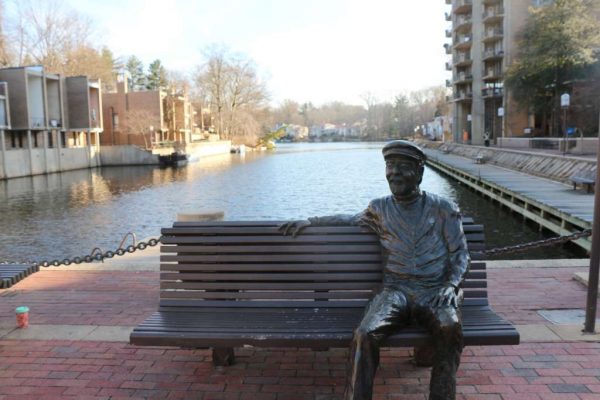 The Reston Historic Trust and Museum is hosting the 55th annual anniversary of Reston’s founding with a celebration on Saturday, April 6.

Festivities for Founder’s Day will run from noon to 4 p.m. at Lake Anne Plaza.

The event will include a moon bounce, children’s activities, face painting, a public art tour and exhibits at the Reston Historic Trust and Museum and RCC Lake Anne’s Jo Ann Rose Gallery.

Some highlights from the schedule include:

Exhibit enthusiasts can find several around the area including “Fine Lines” at the Jo Ann Rose Gallery, which features artists’ interpretations of lines.

Over at the Reston Historic Trust and Museum, locals can see Charlotte Geary’s photography in “The Women of Lake Anne” exhibit and also enjoy “Untold Stories and The History of the Sculpture by Zachary Oxman Dedicated to Reston’s Founder.” 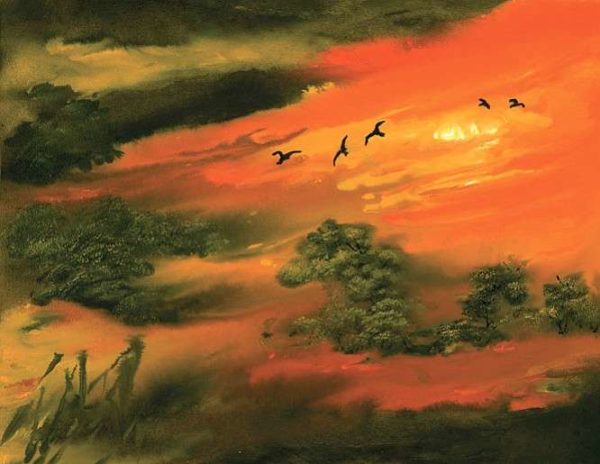 Lake Anne will have a new art exhibit ahead of Founder’s Day.

The exhibit will run from April 1-29 at the Jo Ann Rose Gallery (2310 Colts Neck Road). Founder’s Day, which celebrates Reston’s founder Robert E. Simon, Jr. and the community’s history, will be held on Saturday, April 6, at Lake Anne Plaza.

“In this exhibit, artists step back and focus on things that evoke feelings — anger, happiness, serenity — and give color to them through their art,” Reston Community Center’s website says. “They hope to capture the intensity of a moment and convey the message that reality is not what we see, but what we discover and create for ourselves.”

Pat Macintyre, the founder of the League of Reston Artist, is a sponsor of this exhibit, according to RCC. 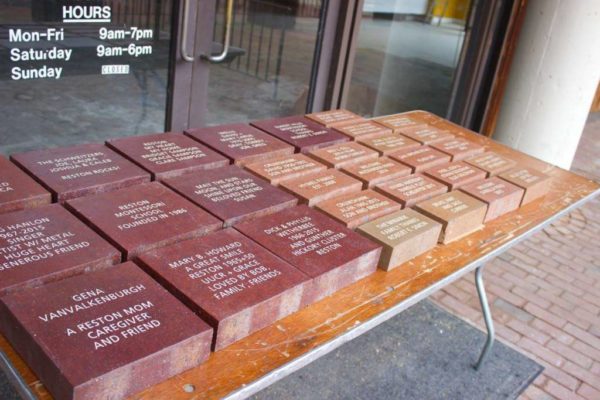 Reston Historic Trust & Museum has started up sales during the holiday season for commemorative bricks.

Locals have until Jan. 20 to place their orders for installation in 2019. The annual brick sales support the museum.

Up to three inscribed lines with a maximum of 15 characters each cost $100, while up to six lines cost $250. The inscription has white text level with the surface of the brick.

The inscription guidelines do not allow for the phrase “In Memory Of” and dates commemorative a person’s lifespan. The inscription also cannot contain profanity, offensive language, logos, taglines, telephone numbers or advertising. Religious or political content or symbols are also banned.

Bricks are ordered and installed once a year, according to the museum’s website. It takes up to two months to finish the bricks after they are bought each February.

Usually, the bricks get displayed at the Reston Museum during the Founder’s Day celebrations in April and are then installed in Lake Anne Plaza.

The Reston Historic Trust and Museum is hosting the 54th annual anniversary of Reston’s founding.

Founder’s Day is set for Saturday, April 14 from 11 a.m. to 4 p.m. The event will include moon bounces, children’s activities and face painting.

Public Art Reston is also hosting a public tour around Lake Anne. The event will also include a book-signing event in the afternoon by local authors  LaVerne Gill, Donna Andrews, and Samantha Mina. Artist Zachary Oxman will also provide commentary the impact of Reston on his art.

A complete program is available online.

Reston’s roots and its future were celebrated Saturday during Founder’s Day, marking the 53rd anniversary of the community.

From the art walk to the crafts, food and music, there is a lot to like about Founder’s Day, said Raba Letteri.

“This is like a tradition for us,” said Letteri, who was attending along with her husband, Paul, and sons Joseph and Aaron. “Every year, we go do the 5K and then we come here for the event … and to support the businesses.” 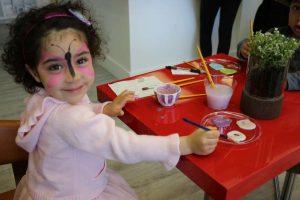 Those who were at Lake Anne Plaza on Saturday had a lot of activities from which to choose. The opening of Kiln & Co. was a big hit with many children and adults, all of whom were able to enjoy free custard. Kids including little Leila (pictured) and her brother Emory enjoyed painting their very own ice cream bowls — after their faces had been painted by the artist outside on the plaza.

Kiln & Co. wasn’t the only business with special goings-on Saturday, as all of the plaza’s storefronts were bustling with activity and special offers for visitors. Grown-ups also were able to enjoy a public art tour, films, book signings and more as they learned more about Reston during the day.

Joseph Letteri, a senior at South Lakes High School, said he’s been coming to Founder’s Day with his parents as long as he could remember and he’s always had a good time. He said he respects what Reston’s founder, Bob Simon, had in mind when he created the community.

The annual Founder’s Day celebration is presented by the Reston Historic Trust with support from Reston Community Center, and it is co-sponsored by Reston Association and Public Art Reston. 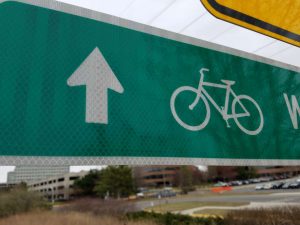 Between Founder’s Day on Saturday and the Runners Marathon of Reston on Sunday, this is a big weekend for major events in Reston.

But even if you want to stay away from the big Founder’s Day crowd and long-distance running doesn’t sound like a fun time for you, there are plenty of other ways you can enjoy yourself this weekend.

Here is just a sampling of what’s going on in the Reston area in the next couple days. 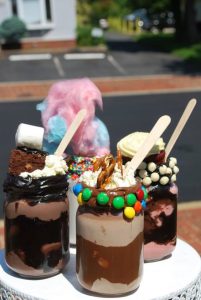 After a successful pop-up venture at Lake Anne Plaza, a shop combining the worlds of pottery and custard will open a permanent location there.

Kiln & Co. set up at the former home of Lakeside Pharmacy last summer. According to a press release, it “immediately became a community favorite.” It plans to open for good Saturday, in conjunction with Founder’s Day festivities at the plaza, at 1631 Washington Plaza N., next to Small Change Consignment.

The Vienna-based business offers paint-your-own pottery, sculpture, wheel and handbuilding work through a variety of classes, workshops and summer camps. And in addition to its “Kustard & Co.” custard, it sells cakes, shakes and other treats. 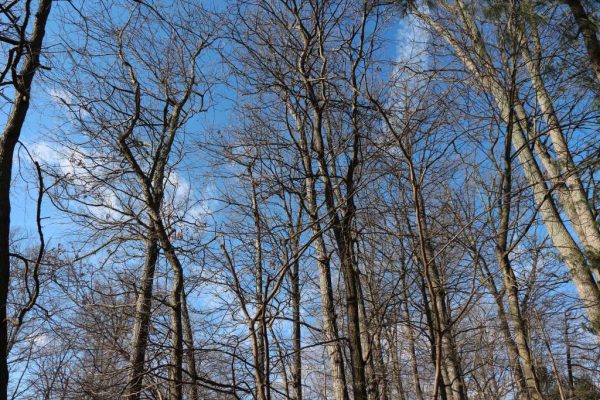 CenterStage Has Full April Schedule — Programming next month at CenterStage (2310 Colts Neck Road) will include concerts by Trout Fishing in America and Le Mystère des Voix Bulgares, as well as performances from The Reduced Shakespeare Company and more. [Reston Community Center]

County Reaffirms Focus on Curbing Hate — At an event over the weekend in Annandale, representatives of Fairfax County police, schools and government gathered to hammer home the county’s stance against hate speech, bias and hate crimes. Sharon Bulova, chairman of the county Board of Supervisors, plans to continue the discussion at the board’s April 4 meeting. [WTOP]

Reston Company Faces Delisting by Nasdaq — NCI Inc., an IT services provider, has not released its 2016 financial information in a timely fashion, the stock exchange says. [Washington Business Journal] 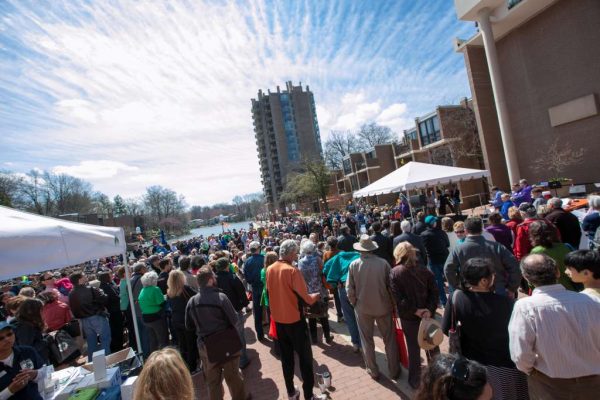 This year’s event, celebrating the 53rd anniversary of Reston’s founding, will feature a full day of arts, history and family-friendly activities. Free activities will include a moon bounce and face painting. There will also be a 50-foot Ferris wheel, sponsored by Reston Association, the cost of rides on which will benefit the Reston Historic Trust and the Friends of Reston. 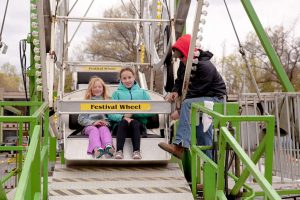 There will also be a public art walk around Lake Anne, sponsored by Public Art Reston, as well as screenings of the films “Another Way of Living: The Story of Reston, VA” and “Fun, Beauty, Fantasy: Reston’s Public Art.” Local authors will also be present for an afternoon book-signing event.

The day will also include comments from local elected officials and the commemoration of bricks at the plaza. 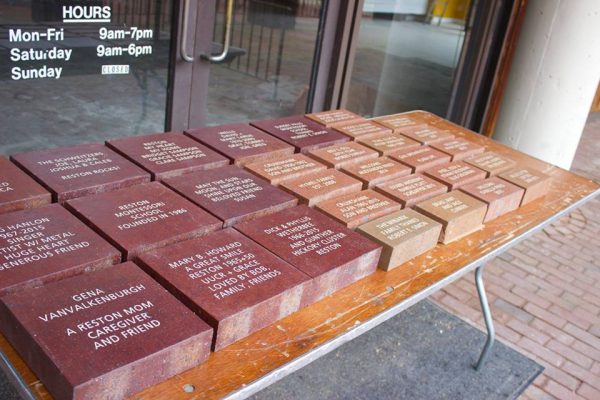 Commemorative bricks for Reston’s annual Founder’s Day are being sold through next week.

The bricks will be installed on Lake Anne Plaza and dedicated during the event Saturday, April 8. Restonians are encouraged to become part of Reston’s history by purchasing one.

“The commemorative bricks support the Reston Museum and Founder’s Day — an opportunity each year to celebrate Robert E. Simon and his vision for this special and inclusive community,” said Elizabeth Didiano, executive director of Reston Historic Trust and Museum.

A commemorative brick can also be lasting gift to someone special, Didiano said.

“[The bricks] are a unique way for us to record Reston’s history,” she said. “[They allow] individuals to share their names, relationships and contributions to Reston where everyone can see them — surrounding the statue of Reston’s founder Bob Simon on Lake Anne Plaza.”

Bricks can be purchased from the Reston Historic Trust and Museum for a tax-deductible contribution of $100 for a standard-sized brick, or $250 for a large brick. Orders can be made on the museum’s website, by emailing Didiano at [email protected], or by calling 703-709-7700.

The deadline to order bricks is Wednesday, Feb. 15.

The celebrations will be a combo of art exhibits, films, and the traditional party on the plaza. 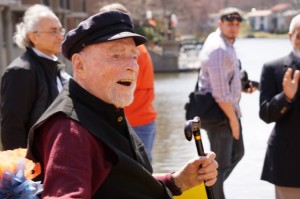 The community Founders Day celebration on April 9 will feature a little (and a big) something extra — the addition of a ferris wheel and a recreation of a historical piece of Reston public art.

On this special Founder’s Day, Lake Anne of Reston Condominium Association (LARCA) and IPAR partnered to commission a new version of The Wooden Horse originally created by artist Gonzalo Fonseca in 1965. The sculpture was first installed on grass, as in a pasture, and was later moved to a brick walkway, not far from the building, another sculpture created by Fonseca.

Because both sculptures were made of wood, they have been lost to the effects of time. Like the other sculptures at Lake Anne Plaza, The Horse was meant to be played on. This new version of The Wooden Horse was constructed by Reston artist Marco Rando.

Here’s an overview of what else is on the Founders Day slate:

END_OF_DOCUMENT_TOKEN_TO_BE_REPLACED 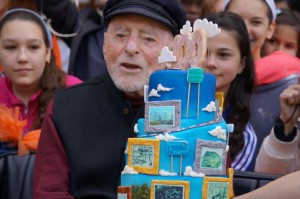 Happy Birthday, Reston — you look good for 51. And founder Bob Simon seems to be the heartiest (almost) 101 year old around.

Come and celebrate both birthdays at the annual Reston Founders Day on April 11.

The free events, hosted by the Reston Historic Trust and Museum, run from noon to 3 p.m. at Lake Anne Plaza.

State, local and national elected officials will participate in a game of “Random Reston,” which will be emceed by Chuck Veatch. There will also be musical entertainment, the dedication of the plaza’s newest commemorative bricks, as well as birthday cake.

Simon, who envisioned a “new town” with European-style village centers and high-density housing in what was then a Virginia pasture, turns 101 on April 10.

Founders Day raffle tickets are on sale now, offering an opportunity to support the Reston Historic Trust & Museum Endowment Fund. The RHT is raffling off a pair of “inside out” diamond hoop earrings valued at $2,500. The earrings, donated by Aspen Jewelry Designs, contain 50 diamonds weighing 1.01 carats.

Raffle tickets are $10 each, 3 for $25 or 7 for $50. They can be purchased at the Reston Museum at Lake Anne Plaza, online at restonmuseum.org or at the Wine Cabinet at North Point Village Center. The drawing will follow the celebration. You do not have to be present to win.