Metro Service Changes Start This Weekend — “Starting Sunday, Metro says riders will notice big changes when it comes to price and how often buses and trains come. The changes are part of an effort by Metro to lure back riders, something it has struggled to do during the pandemic. General manager Paul Wiedefeld tells 7News bus ridership is only about 55% what it was pre-pandemic, and rail is just 25% of what it once was.” [ABC7 News]

Fairfax County Firefighters Assist with Ida Response — A 16-person water rescue team with the Fairfax County Fire and Rescue Department’s Virginia Task Force 1 Urban Search and Rescue Team was activated by FEMA yesterday (Thursday) in response to the impact of Hurricane Ida remnants in the Northeast. The task force recently returned from Haiti after the island was devastated by an earthquake. [VATF1/Twitter]

Virginia No Longer Worst State for Workers — “Conditions for workers in Virginia have improved considerably since Democrats took control of the commonwealth’s General Assembly in 2019, according to a new assessment by anti-poverty organization Oxfam America. Oxfam ranked Virginia the ‘worst state for workers’ in 2018 and 2019…but [it] leapt to #23 in the organization’s 2021 rankings, released Wednesday.” [DCist]

Lights Festival Coming to Roer’s Zoofari — “Beginning on October 15, Roer’s Zoofari will host a very different collection of animals from its typical apes and reptiles line-up. Come embrace our post-reality reality with unicorns and dinosaurs at LuminoCity Festival, a paid-admission, outdoor display of light art. The concept is simple: thousands of giant, light-up figures and environments that you walk around and look at, at night.” [Northern Virginia Magazine]

Reston newcomer CACI International is one of several companies in Reston and Herndon that were named among the best places to work in the D.C. area by The Washington Post’s eighth annual Top Workplaces survey.

Recognized in a virtual awards ceremony on June 17 and publicly announced on Friday (June 18), the list features the 200 highest-ranked companies in the region based on employee surveys conducted by the third-party engagement firm Energage LLC.

According to the Post, more than 3,500 area companies were invited to participate in the contest, and more than 65,500 employees filled out the questionnaire, which considered factors ranging from pay and benefits to retention and confidence in the organization’s leadership.

While the Post still identifies CACI as an Arlington-based company, the information technology contractor cut the ribbon on its new headquarters building near the future Reston Town Center Metro station at the end of May.

Ranked ninth in the “largest companies” category, which includes organizations with at least 1,000 workers in the D.C. area, CACI employs 7,743 people locally and recorded $5.7 billion in revenue for fiscal year 2020, putting it on the Fortune 500 list of the largest companies in the U.S. for the first time since its founding in 1962.

Here are the other Reston and Herndon companies that found a spot on the Top Workplaces list: 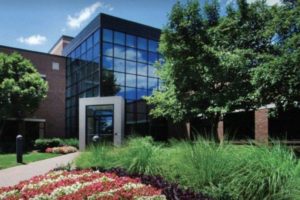 Reston companies topped rankings for the most prominent and largest cybersecurity firms in the Washington region.

The rankings, determined by the Washington Business Journal based on last year’s revenue, included 25 companies, 21 of which are in Fairfax County. Based on the rankings, eight of the 25 companies are located in Herndon and Reston.

Reston-based Carahsoft Technology Corp., a distributor, and reseller of services that aim to reduce risks associated with cybersecurity topped the list. The company, which is located on 1860 Michael Faraday Drive, reeled in $4.1 billion in revenue and has 900 employees. 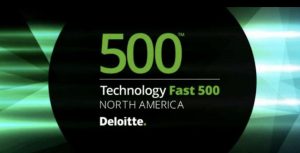 Two Reston-based software companies are one of the 500 fast-growing technology companies in United States, according to Deloitte’s annual ranking of the country’s fastest growing companies.

GoCanvas came in at 197th place. The technology company provides mobile apps and forms for data collection and sharing. It has one office in Reston and another in Sydney, Australia.

Winners are ranked based on the percent of fiscal year revenue growth between 2013 and 2016. LookGlass Cyber Solutions, Inc. grew to 1,326 percent while GoCanvas grew by 528 percent.

“Winners underscore the impact of technological innovation and world class customer service in driving growth, in a fiercely competitive environment. These companies are on the cutting edge and are transforming the way we do business,” said Sandra Shirai, vice chairman of Deloitte.

The fastest-growing technology company that snagged the top title was Donuts, Inc, a Washington-passed company that is a global registry for domains. It experience a growth rate of 59,093 percent.