If state health orders and funding allow, the association may open at least two more facilities by September.

But pools at Lake Audubon, Shadowood, and Uplands will remain closed this year– in addition to pre-planned closures at Lake Thoreau and North Shore due to ongoing construction projects.

“We will open as many pools as we possibly can, when can we can, based on the rules and resources we have,” said RA CEO Hank Lynch at a meeting late last week.

Lake Audubon and Shadowood will remain closed. Plans to replace the plaster last year were delayed “during budget development with hopes of it lasting until 2021,” according to a staff presentation. Loss of revenue from member fees due to COVID-19 also complicated funding efforts.

Uplands pool will also remain closed due to delayed work on a roof project. Delays with RA’s Design Review Board were also caused by the pandemic.

Members and nonmembers can purchase pass options at half price beginning July. Recreation passes, which include tennis, pickleball and pools, have brought in roughly $117,00 in revenue between this year. Full refunds are also available to those who request them.

At the meeting, Laura Kowalski, RA’s director of recreation and environmental resources, stressed that decisions about pools and other facilities are fluid due to changing recommendations from health officials and the state.

Currently, pools at Glade, Golf Course Island, Lake Newport, and Newbridge are opening for lap swimming and fitness classes only. Other pools may open in the coming weeks. Spas, hot tubs, and water park features are closed due to state orders. 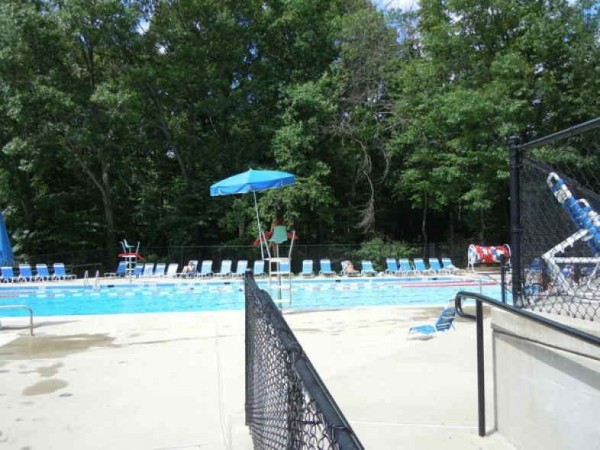 Several Reston Association pools were closed over the weekend due to vandalism.

The most significant vandalism happened at Glade Pool. RA staff worked to remove feces found in the pool over the weekend, Leone said.

The pool was closed an additional day to ensure the water was free of contaminants, per the county’s health guidelines.

The closure of the pool today comes as RA switches to season four of its pool schedule. It is expected to reopen tomorrow (Tuesday) at 11 a.m.

Leone described the vandalism at other pools as “minor.” Staff quickly worked to remove items that were thrown into the pools, which resumed regular operations on Sunday. 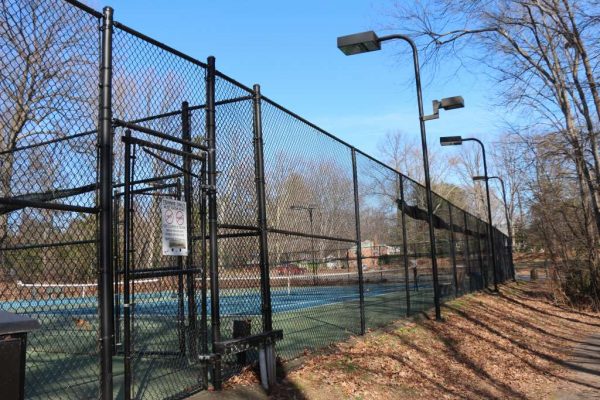 The Shadowood tennis courts, which are located on Springwood Drive, will be closed for repairs beginning Monday (September 10).

Reston Association expects the courts to reopen on or around October 1. Routine maintenance, which includes court cleaning and cracks repair, will be completed during the closure. A fresh coat of paint will also be applied to all four courts.

Mike Leone, RA’s director of communications and community engagement, said the courts “will look like new” once the work is completed.

Other tennis facilities in Reston are open and a complete list is available online.

Critical decisions regarding public amenities took center stage at the forum, including whether or not to close Shadowood Pool – the most underutilized pool in Reston – and the Lake Thoreau Pool – which requires nearly $1 million in repairs.

Petrine said she would need to gather more information and conduct a stakeholder analysis by speaking with residents before reaching a final decision. She also stated the need to issue multiple bids for projects to ensure RA gets the best deal for services.

“The pools are an amenity that people in Reston expect. At the same time, we have to analyze carefully how they’re used and why or why not they’re not used,” Petrine said.

Bitzer said the board will have to decide whether or not to keep Lake Thoreau’s pool open next year, although she noted that residents she spoke with want to keep the pool open. She also plans to propose a measure to conduct a needs analysis of Reston’s pools.

As RA struggles to strike a balance between capital spending priorities like indoor tennis and soccer, Bitzer said the community should look into public-private partnerships like installing a tennis academy at Hidden Creek Country Club with special benefits for RA members.

In contrast, Petrine took a hard stance against funding indoor tennis for what she said was a “small demographic” and a mere “commercial activity,” especially because the community is “fighting for our lives with density” and aging infrastructure.

“An absolute no,” she said.

Frustrations on limited county resources, including the beleaguered call for a recreation center, for Reston were high at the forum. Petrine said she is “100 percent furious” that the Hunter Mill District is left out of the county.

Similar concerns arose in the candidates’ discussion around a controversial plan to increase Reston’s population density as major developments come in the pipeline.

“My gut reaction is: where is the infrastructure you promised me when you put in the Metro?” Bitzer questioned. She said she opposes the population density increase and was appalled about Reston’s lack of workforce housing.

Petrine, who has been instrumental in organizing the Coalition for a Planned Reston, a grassroots organization opposing the plans, said she has taken steps to fight back against the plans “in defense of our balanced community.” She encouraged community members to raise their voice in opposition, noting her experience in observing the intersection between RA and other stakeholders.

“The only thing that matters to our supervisor is mass agreement by citizens that this is not what we want in Reston,” she said.

Both candidates took similar stances on the need to utilize the Lake House. Bitzer suggested adding programming for aquatics and fishing education, similar to the Walker Nature Center.

“Not everything should cost you to use something you own,” she said.

They also posed similar ideas on how to ensure the board operates as an effective and respectful governing body.

Bitzer said holding “open houses” was a sign of respect. “It’s respectful of our community, not just board behavior,” she said.

Petrine is running on a slate with Travis Johnson, Sridhar Ganesan and John Bowman. When asked if it offered her an unfair advantage, she defended the move, which she said was logical given the candidates’ shared views, common goals and commitment to Reston’s core principles.

Bitzer, who described herself as self-funded candidate, said the issue of slate candidates is a fairly new development that has prompted questions by community members. Unlike the slate candidates who sent mailings to constituents, Bitzer said she could not afford major print distributions.

Instead, she will host a public listening session on March 13 at the Walker Nature House.

Click here to view video statements or read candidate statements. Profiles on Petrine and Bitzer are also on our website. 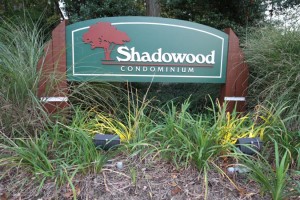 The property manager of Shadowood Condominiums has prepared an item-by-item response to concerned condo owners, who have been passing around a list of 30 issues as the board election at Reston’s largest condo neighborhood approaches.

The residents’ complaints range from secrecy among the condo board to crime to poor upkeep, among others. See the full list in this previous Reston Now article.

Theresa Zivanovic, Shadowood’s General Manger, says she also shares some of the concerns as she is a resident of the complex.

However, she said the list of complaints contains a number of “statements that are just factually wrong.”

Read the full letter from management below.

“Are you fed up with or even know that these things may be occurring?” the email reads. It points out that the community website has not been updates in more than a year, that the board dos not communicate with residents, that rules are not enforced and that common areas and properties are dilapidated, among other complaints. END_OF_DOCUMENT_TOKEN_TO_BE_REPLACED 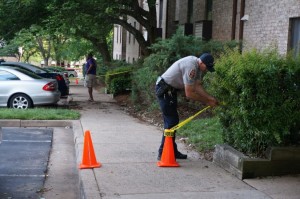 This week, Reston Now will highlight some of the most read-stories of 2015. The second-most read story this year was the shooting in May at Shadowood that left one man dead.

An otherwise quiet Sunday afternoon turned deadly last May when a fight broke out on Stoneview Square at Shadowood Condominiums in Reston.

First reported by police as a home invasion, it later was determined a group of men who knew one another got into a fight. One person fired a gun. A man was dead and another injured.

Rashad Kejuan Daye, 24, was killed in the altercation at the residence of Kevin Baldwin, 22. Baldwin was not charged in the incident, police said, because the shot was fired in self defense in his home.

Others are facing charges, though the death is not being investigated as a homicide.

Whether to pursue May’s and Rodriguez’s cases are still being pursued by a Fairfax County Grand Jury. Merrill’s was considered Nolle Prosequi (the case will not continue) by a judge several months ago.