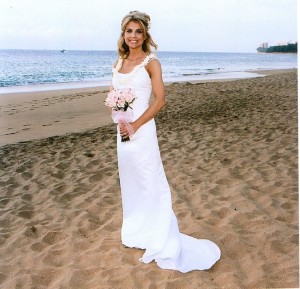 A Las Vegas jury convicted a former firefighter Thursday in the planning of the murder of his wife, 1984 South Lakes High School graduate Shauna Castleton Tiaffay.

Shauna Tiaffay was found bludgeoned to death in her Las Vegas-area home in 2012. Prosecutors said her estranged husband, George Tiaffay, paid a drifter $600 to kill her.

The sentencing phase will begin Friday. George Tiaffay, 43, could face anywhere from 20 years to life without the possibility of parole, the Las Vegas Review Journal reported.

Friends and family of Shauna Tiaffay had packed the courtroom all week, many wearing pink in support and unity of Shauna. They cried and hugged when the verdict was read, the Review-Journal reported.

George Tiaffay was a 1994 West Point graduate who was arrested within weeks of his wife’s death. In the meantime, he had driven his truck into a wall in a suicide attempt when it was clear he was becoming the prime suspect, according to the Las Vegas Review-Journal.

Also arrested on murder charges at that time was Noel “Greyhound” Stevens. Police said Stevens, who lived in a tent in the mountains near Las Vegas, was the hitman Tiaffay hired.

Stevens later pled guilty to six charges, including first-degree murder. He testified to a grand jury that he hit Shauna, a cocktail waitress at The Palms in Las Vegas, in the head 17 times with a hammer. He testified for the prosecution at the trial and will be sentenced soon.